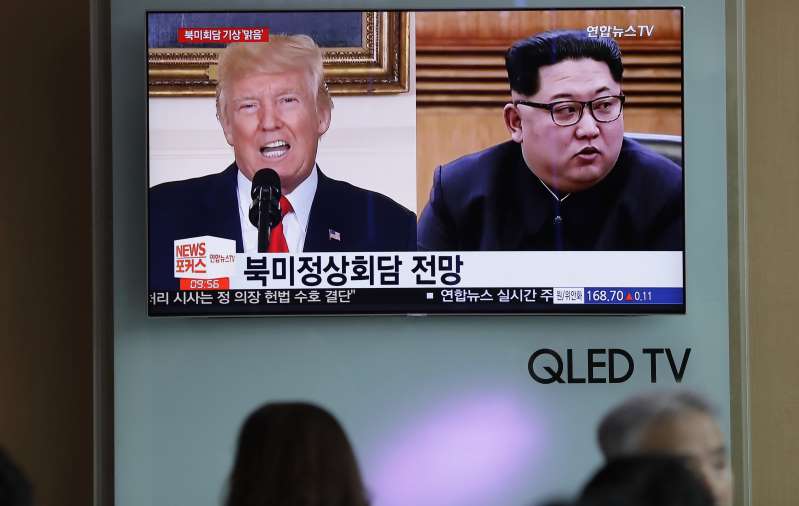 In view of recent provocative acts such as the Republic of Korea (ROK)-US joint military exercises, the Democratic People's Republic of Korea (DPRK) has no choice but to suspend high-level talks with the ROK, the official KCNA news agency said on Wednesday.

The state media also said the United States should think twice about the fate of the planned DPRK-US summit.

Shortly after the report, the US State Department said it was continuing to prepare for the summit between President Donald Trump and the DPRK's top leader Kim Jong Un scheduled for June 12 in Singapore.

The United States has not heard anything directly from Pyongyang or Seoul that would change the arrangements, State Department spokeswoman Heather Nauert told a briefing in Washington.

The US side needs to verify the KCNA's report, she said. "We've received no formal or even informal notification of anything."

"We've seen some pretty good indications from them so far," she said, citing the DPRK's release of three American detainees last week. "So they have taken some steps in the right direction ... I think those are all good signs."

The KCNA said that the "2018 Max Thunder" joint air combat exercise involving over 100 warplanes including "B-52" strategic bombers and "F-22 Raptor" stealth fighters is aimed at launching pre-emptive strikes against the DPRK as well as taking control of the airspace.

The Korean version of the KCNA report called the drill an act of "playing with fire," saying that it is a "blatant challenge to the Panmunjom Declaration and an intentional military provocation running counter to the positive political development on the Korean Peninsula."

The report said the north and south had reached an agreement on making joint efforts to defuse the military tensions on the peninsula and ease the danger of war "and the US also fully supported it."

"However, even before the ink of the historic April 27 Declaration got dry, the South Korean authorities and the US started such a drill against the DPRK, reacting to all peace-loving efforts and good intentions which the DPRK has shown with rude and wicked provocation," the report said.

The Panmunjom Declaration was announced on April 27 after the third inter-Korean summit between ROK President Moon Jae-in and top DPRK leader Kim, agreeing to complete denuclearization and the alteration of the current armistice agreement to a peace treaty by the end of this year.

"The South Korean authorities should be held wholly accountable for the scuttled north-south high-level talks and the difficulties and obstacles in the way of the north-south relations," the KCNA report said.

The DPRK will "closely watch the ensuing behavior" of the United States and the South Korean authorities, it added.