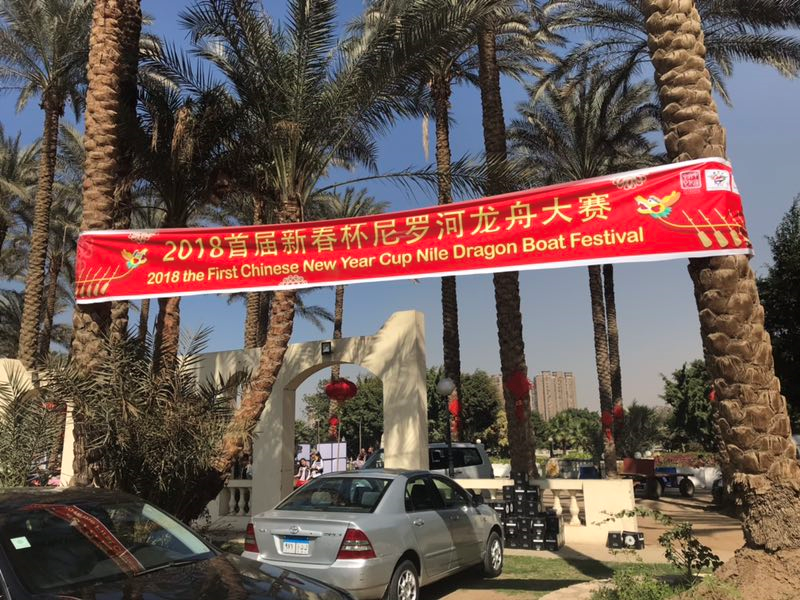 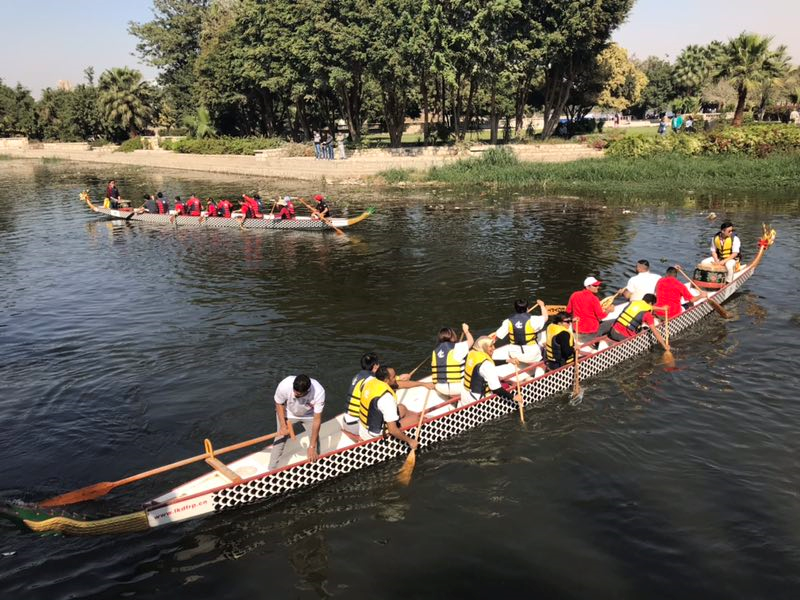 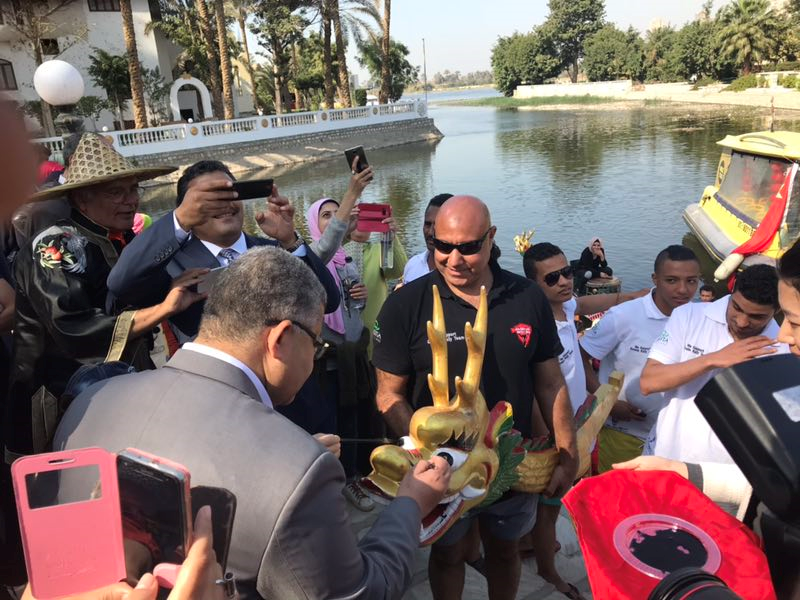 An eye-dotting ceremony to awaken dragon spirits was held before the final heat of the dragon boat contest.

For the racing competition, officials from the Cairo Chinese Culture Center, Chinese Embassy, Confucius Institute, along with executives from Chinese companies based in the Egyptian capital assembled 12 rowing teams from 216 participants.

The teams were organized into two brackets, eight amateur and four professional.

Ahmed Mohamed, a student in the Chinese Department at Cairo University, told People’s Daily he had taken part in several dragon boat contests before, but not during Spring Festival.

“I wish there could be even more celebrations like this, in which more ordinary people could be a part,” said a British primary school teacher in New Cairo, who was celebrating the festival with his Chinese wife.

Having attended many Chinese New Year celebrations in London’s Chinatown, he was especially excited about upcoming holiday celebrations offering a thorough cultural experience.

“This event is a new beginning of China’s cultural exchange with Egypt and the Arab world,” the Chinese Ambassador told People’s Daily.