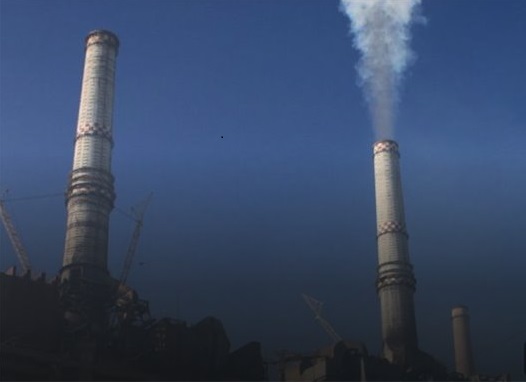 Instead, firms must transition by 2022 to using sustainable sources of energy, or use gas from elsewhere, Economics Minister Eric Wiebes wrote in a letter to each of the companies, which came to light late Monday.

"The government wants to eliminate the consumption of 'low calorific gas' by big businesses, so that in principle no large industrial organisation is still using Groningen gas by 2022," he said.

The economics ministry confirmed to AFP that Wiebes had told parliament that about 200 businesses used some 5.5 billion cubic metres of Groningen gas, and that each of them would be visited to discuss a way forward.

The letters came after more than 900 homes were damaged in early January when Groningen province was hit by a 3.4 magnitude quake -- its largest since 2012.

The new government of Prime Minister Mark Rutte has pledged to wean the country off Groningen gas, and this "gradual reduction" is "inevitable," added Wiebes.

A further alternative for businesses was to move towards using higher calorific gas which is not produced in Groningen and comes mainly from abroad.

NAM, the energy company responsible for the gas extraction, is half-owned by Shell and ExxonMobil and has been extracting gas from the massive Groningen field since 1963.

But the area has been plagued by relatively low magnitude quakes said to result from huge air pockets left underground because of gas extraction.

"This government wants during its term to swiftly reduce the demand for Groningen gas," added Wiebes, saying this "ambition had only been reinforced by the most recent earthquake".

Meanwhile, an appeals court in northern Leeuwarden on Tuesday upheld a 2015 decision under which NAM must compensate property owners for the falling prices of damaged homes.

A study by the University of Groningen counted a total of 180,000 damaged houses, with a collective value of 950 million euros ($1.16 billion), the Dutch news agency ANP said.

In recent years, the Netherlands has drastically scaled back Groningen gas production in stages from 53.9 billion cubic metres in 2013 to 21.6 billion in April 2017.