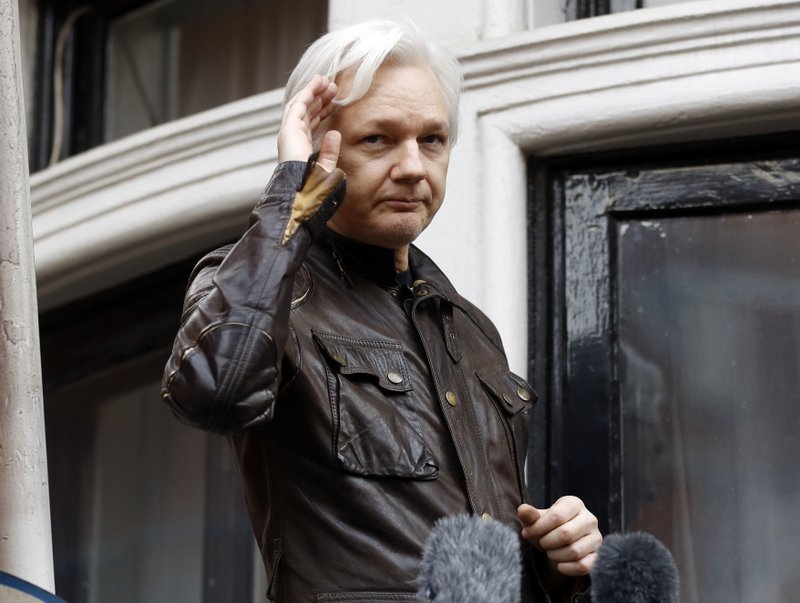 Ecuador on Wednesday said it has stopped Julian Assange's ability to communicate to the outside world from its London embassy, where the WikiLeaks founder has been holed up since 2012.

The decision was taken because the Australian had broken a 2017 promise to not interfere in other countries' affairs while in the mission, an Ecuadoran government statement said without elaborating.

Under that deal, Assange had pledged "to not send messages that could be seen as interference in relations with other countries," the statement said, adding that it could take other, unspecified measures if he persisted.

The move to cut off Assange came after he used Twitter on Monday to challenge Britain's accusation that Russia was responsible for the March 4 nerve agent poisoning of a Russian former double agent in the English city of Salisbury.

Assange also questioned the decision by Britain and more than 20 countries to retaliate against the poisoning by expelling Russian diplomats deemed spies.

The comments prompted a British Foreign Office minister, Alan Duncan, to brand Assange a "miserable little worm" who should leave the embassy to turn himself over to British authorities.

In another tweetstorm on Tuesday, Assange attacked the arrest in Germany of former Catalan president Carles Puigdemont under an EU warrant issued by Spain over Puigdemont's failed bid last year to declare independence for his Spanish region.

Assange's "behavior, with his messages on social networks, puts at risk our good relations" with Britain and the European Union, the Ecuadoran government text said.