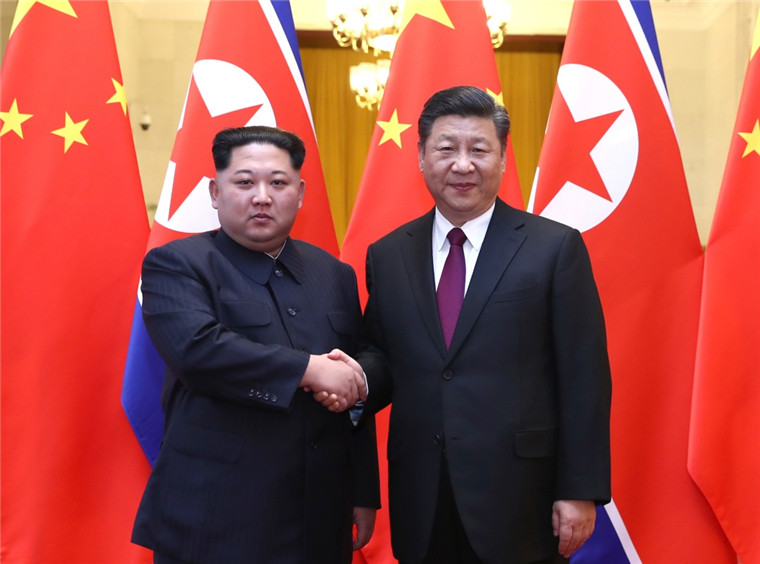 At the invitation of Chinese President Xi Jinping, DPRK leader Kim Jong-un paid an unofficial visit to China from March 25 to 28. During the visit, Xi held talks with Kim at the Great Hall of the People in Beijing.  (Photo/Xinhua)

Pyongyang (People’s Daily) – Rodong Sinmum, the official newspaper of the Central Committee of the Workers' Party of Korea (WPK), said in a front-page editorial that  the Democratic People's Republic of Korea (DPRK) leader Kim Jong-un's unofficial but sensational visit to China has moved people in the country.

“Comrade Kim Jong-un’s historic visit to China is a milestone in bilateral relations,” the editorial reads.

Kim paid an unofficial visit to Beijing from March 25 to 28, his first trip abroad since becoming the supreme leader of his country in 2011.

“Our respected supreme leader’s participation in diplomacy proved the importance of the bilateral friendship,” the editorial said.

It noted that China, under the stewardship of General Secretary Xi Jinping, has made splendid achievements, which also inspire Koreans to contribute to nation building.

DPRK is preparing to celebrate the 70th anniversary of its founding in 1948.