HEADLINE Efforts to beautify China get thumbs up

Efforts to beautify China get thumbs up

By Wang Hailin from People’s Daily

Foreign journalists said they’ve witnessed China’s resolve and achievements in ecological construction during the 19 National Congress of the Communist Party of China (CPC). 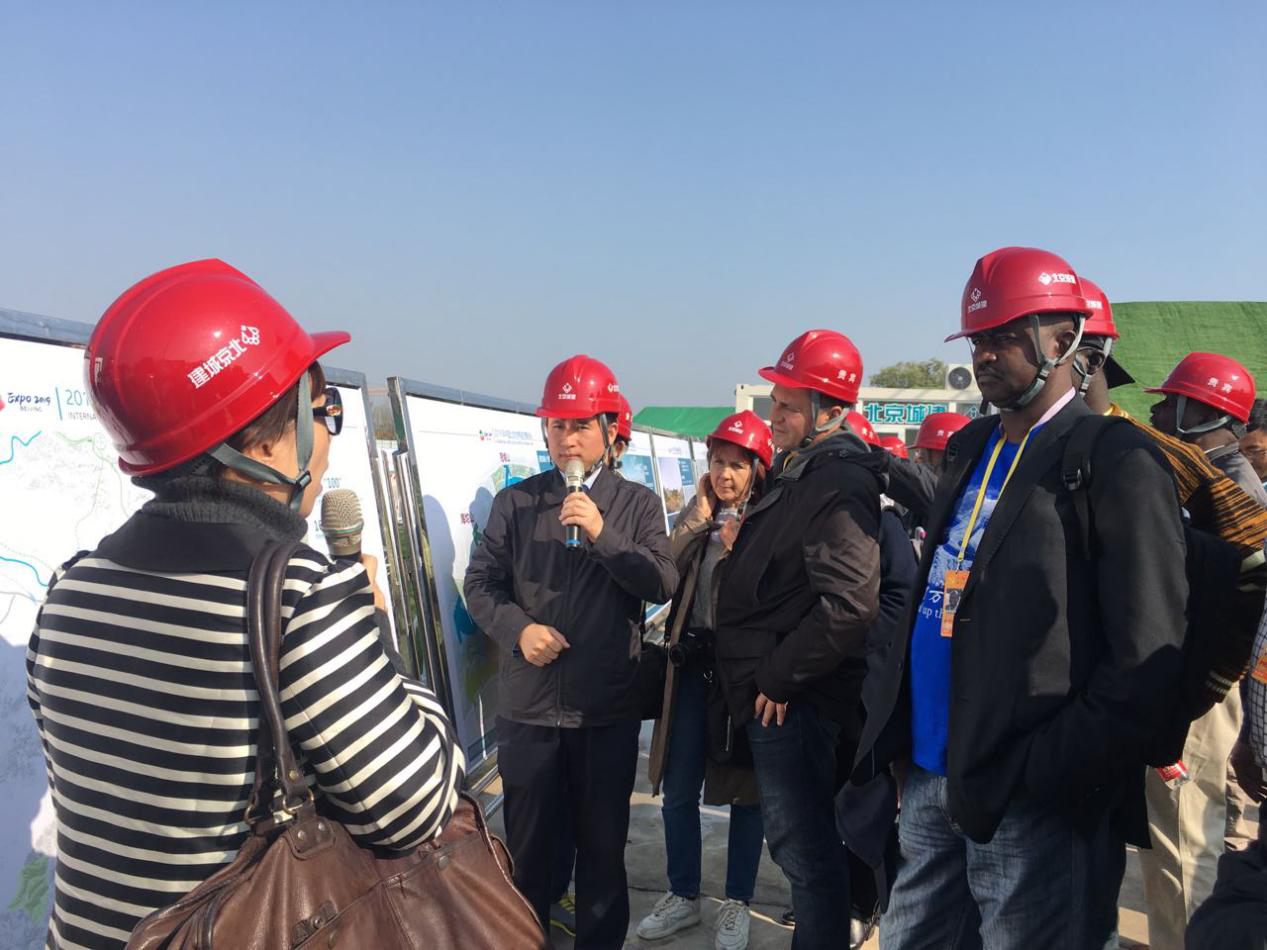 Foreign reporters learn about planning and construction of the 2019 Beijing World Horticultural Exposition on October 19. (Photo by Wang Hailin from People’s Daily)

The country’s efforts to advance green development, solve environmental problems, protect the ecological system and reform environmental regulations have left a deep impression on them, they said.

According to the report delivered to the 19th CPC National Congress by Chinese President Xi Jinping, in the years to come, these efforts will be stepped up.

“We must pursue a model of sustainable development featuring increased production, higher living standards and healthy ecosystems. We must continue the Beautiful China initiative to create good working and living environments for our people and play our part in ensuring global ecological security,” Xi said.

“Lucid waters and lush mountains are invaluable assets” is a vivid description of Yanqing’s practice. Fine ecology fosters the development of green industries and generates tangible benefits for people. Favorable ecological and climate conditions provide solid foundation for Yanqing to domesticate new species of horticultural plants, breed seedlings and seed balls and to grow quality out-of-season or year-round flowers. Taking the opportunity of hosting 2019 International Horticultural Expo, horticultural industry in Yanqing has entered a booming era. It is the largest flower variety breeding and growing base in Beijing. There are 25 horticultural industrial parks with 328 open-air flower varieties and a steady planting area of 19,000 mu（one mu equals to 667 square meters）.

China’s combination of developing industry and protecting the environment is worth learning by other countries, said Mashiul Alam, assistant editor of the Daily Prothom Alo, a newspaper in Bangladesh. 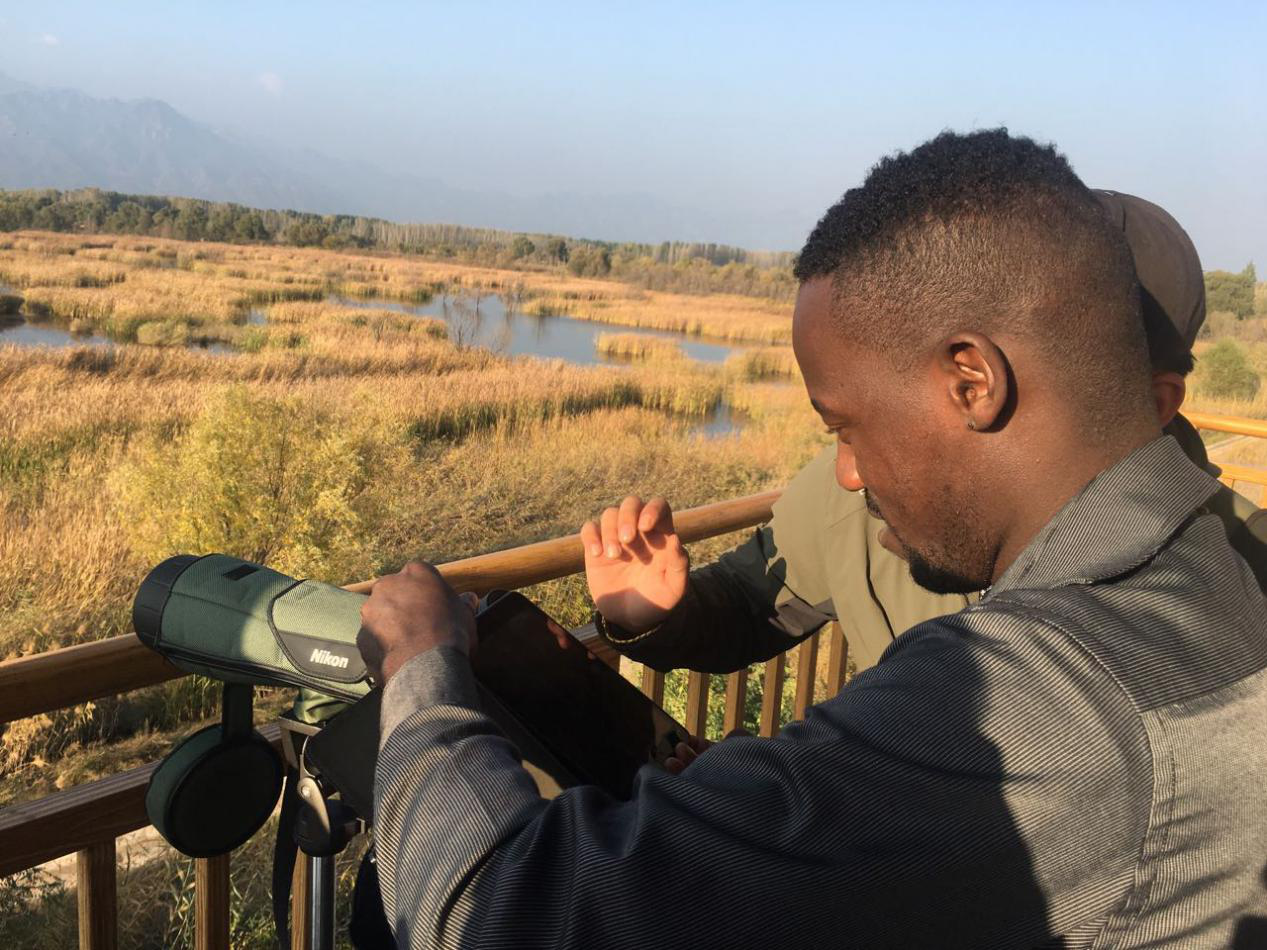 While standing on Badaling Great Wall, Abdul Gombe, group managing director of the Leadership Newspaper Group in Nigeria, said he was deeply drawn by the beautiful environment. “China has done a very good job in protecting the Great Wall,” he said.

“The Wild Duck Lake Wetland Reserve is so tranquil and beautiful,” said Andrii Buzarov, deputy chief editor of the Economist in Ukraine. “China has made a lot of efforts to build an ecological civilization and achieved remarkable results in the sector,” he said.

“For most developing countries in the world, how to balance economic development and environmental protection is a hard nut to crack but China manages to offer a remedy with its own experience.

“The country has established a rising number of nature reserves and set very strict standards for environmental protection at its enterprises.”

Not only Yanqing, the whole country has been advancing ecological civilization construction. Over the past five years, more than 6 million hectares of trees have been planted each year on average.

More than 20,000 hectares of degraded wetlands have been restored and more than 13,333hectares of cultivated land were returned to wetlands. As a result, 118 cities have been awarded the official title “national forest city.”

In the same period, the area of desertified land in the country shrank by an average 1,980 square kilometers annually, achieving the UN goal of zero growth of desertified land by 2030 ahead of time. These accomplishments were praised by the UN Environment Programme.

Over the past five years, China has actively taken part in global governance and made contributions to the green drive of the world.

In December 2015, climate negotiators of 196 parties to the UN conference on climate change in Paris sealed the Paris Agreement and set an agenda for tackling climate change after 2020. China has played a constructive role in reaching the agreement and firmly fulfills its duties under the pact.