"The altitude below 6,500 meters is where most activities such as mountaineering and training take place, so it has the most waste," said Nyima Tsering, director of the Tibet Sports Bureau. 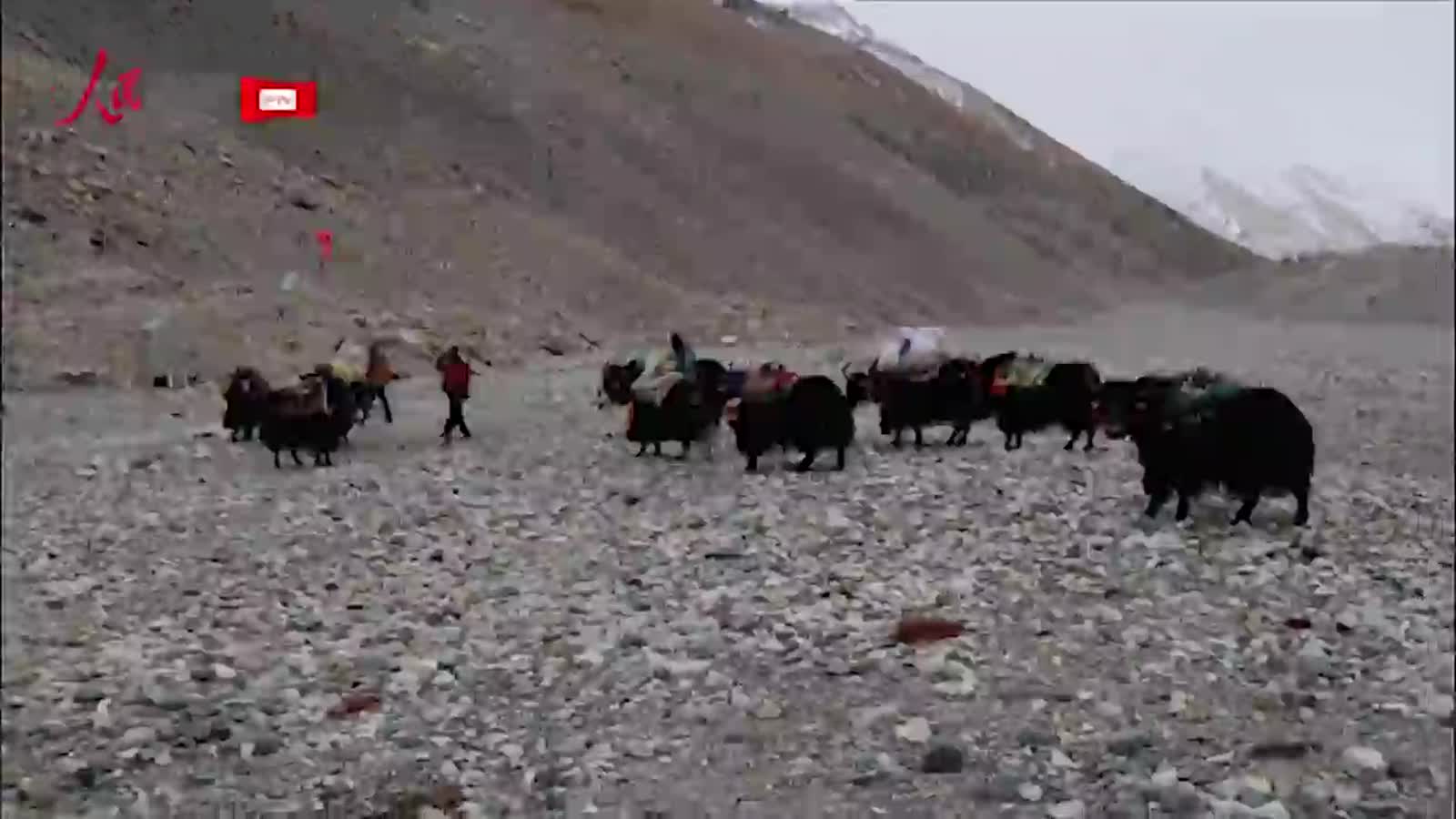 The bureau has established an environmental protection squad and taken measures to tackle the high-altitude garbage issue, with the aim of giving visitors the best view of Mount Qomolangma, the world's highest peak.

It becomes harder for volunteers to work as the altitude increases. Usually they carry four or five cans of oxygen to breathe, and even then, they have to be very careful while working.

There is a cleanup mechanism to help the volunteers do their job more efficiently, Nyima Tsering said.

Local herders are employed to collect rubbish in places below 6,500 meters, while professional guides and mountaineers do the work in higher places. Each mountaineer has to bring 8 kilograms of rubbish down from the mountain to be rewarded. Afterwards, the rubbish is sorted and delivered to Mount Qomolangma Nature Reserve management bureau for final disposal.

Dhondup is a doctor in a village at the foot of the mountain. When the mountaineering season arrives, he becomes a rubbish picker. He is also in charge of transporting the sorted garbage out of the Mount Qomolangma Nature Reserve.

Dhondup once climbed to areas above 6,500 meters, the highest altitude he has ever been. As he climbs to places between 5,800 and 6,500 meters once every three days, the 31-year-old man doesn't think the work is that physically demanding.

Starting this year, the bureau renovated dry toilets on the mountain by installing simple storage tanks for easier packaging, disposal and transportation of human waste.

To step up the efforts, the bureau has involved more social forces in the cause. For instance, under the help of entrepreneurs and charity funds, the bureau initiated the Tibet Himalaya Mountain Environmental Protection Fund, the first of its kind in China.

The fund passed the authorities’ approval in March 2018. It will not only help protect Tibet’s alpine environment, but also inspire farmers and herders to get involved in the campaign and allow them to make money through environmental protection.

Mountaineering itself will also be strictly regulated. When the 2018 mountaineering season ends in autumn, the spot will not open again to hikers this year and places above 5,100 meters will close to tourists for better environment management.