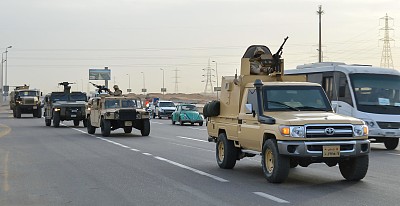 An Egyptian court sentenced 10 people to death on Saturday after they were convicted of forming a terrorist group and planning attacks on police and security forces, judicial sources said.

The court in Cairo also sentenced five people to life in prison. State news agency MENA said the convicted men were supporters of the Muslim Brotherhood which was banned in Egypt after the 2013 overthrow of former President Mohamed Mursi.

Egypt has cracked down on suspected Islamists since Mursi was toppled by former general Abdel Fattah al-Sisi. Sisi took over as president a year later and is expected to be re-elected later this month in a vote against only token opposition.

With Egypt facing an Islamic State insurgency in the Sinai Peninsula, he has ordered the military to clear the region of Islamists ahead of the March 26-28 presidential election.

Hundreds of Islamists, including Muslim Brotherhood supporters and members, have received death sentences since 2013, and Egypt has carried out dozens of executions, according to security sources and rights groups.

Saturday’s rulings, which can be appealed, followed the referral of the death sentence to the Grand Mufti, Egypt’s highest Sunni Muslim authority. Three of the sentences were passed in absentia.