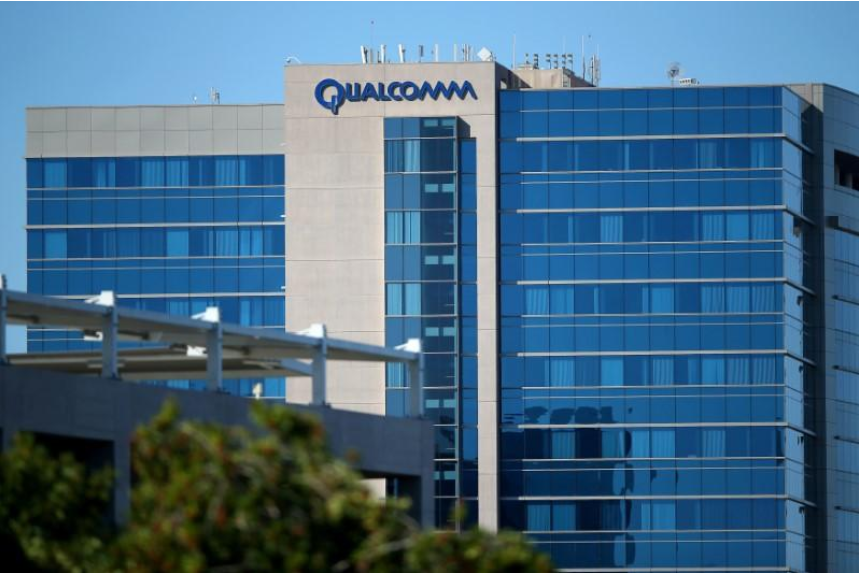 The Qualcomm logo is seen on one of its buildings in San Diego, California, U.S., November 2, 2016. Photo: REUTERS/Mike Blake

U.S. energy and commodities firms will make up a major part of a business delegation visiting Beijing at the same time as U.S. President Donald Trump goes to China in November, according to an initial list seen by Reuters.

Commerce Secretary Wilbur Ross, who will lead the 29 companies that have been approved to travel on the trade mission starting on Nov. 8, said they will be looking for “immediate results” and “tangible agreements”.

Some major industrial companies - General Electric Co, Honeywell International Inc and Boeing Co - are among the companies on the current list.

Whether executives from all the named companies end up attending could be subject to agreements or deals being negotiated in time for the visit, according to multiple sources whose companies are involved.

One of the few tech companies going with Trump is Qualcomm, which earns about half of its global revenue in China and faces a series of tricky legal issues there, including a lawsuit with Apple and the Chinese government’s review of its pending $38 billion merger with NXP Semiconductors. Qualcomm said its CEO, Steve Mollenkopf, planned to attend.

Agribusiness and energy firms dominate the delegation list. They include Archer Daniels Midland Co (ADM), one of the world’s largest grain companies, and chemicals and agribusiness giant DowDuPont.

Ten of the companies are involved in gas or other energy fields, including Cheniere Energy Inc, which operates the only U.S. liquefied natural gas (LNG) export terminal, three that are building new projects, and Freepoint Commodities, founded and run by David Messer, who led power utility Sempra’s vaunted commodities division.

Their presence underscores the U.S. ambition to sell more of its excess gas abroad as its shale revolution contributes to a global LNG glut.

Bell Helicopter and crane-maker Terex Corp are also on the delegation list. Honeywell, DowDuPont and ADM did not respond immediately to a request for comment and Freepoint, Cheniere, Sempra Energy, and Texas LNG Brownsville LLC said they had no comment.

Boeing told Reuters it does not yet have plans to send anyone but that may change. Alaska Gasline Development Corp said it had no information to release.

The U.S. Commerce Department, which is leading the delegation, has not yet issued its own list.