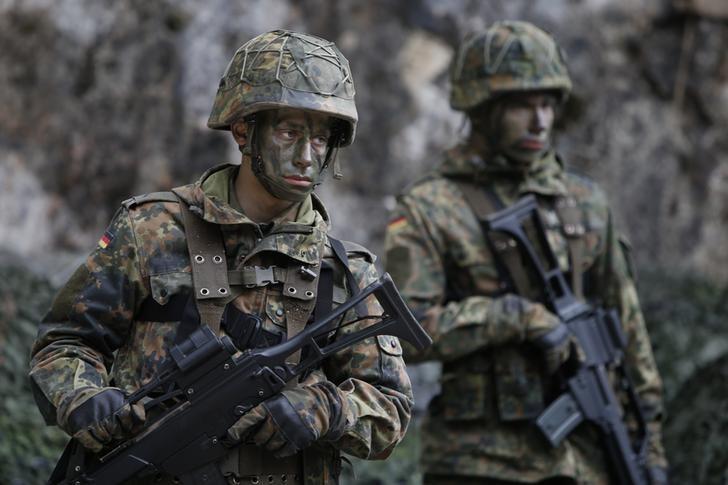 Germany is coming under mounting pressure to tackle equipment shortages in its military that fellow NATO nations fear is eroding German readiness as it prepares to take the command of a NATO rapid response force.

Member states take turns heading NATO’s Very High Readiness Joint Task Force (VJTF) in eastern Europe, which has grown in importance amid concerns that Russian military activities, including support for separatists in eastern Ukraine, have surpassed levels seen during the height of the Cold War.

German lawmakers and NATO allies have grown frustrated about the slow pace of progress on the military preparedness of Europe’s most populous country and economic powerhouse, with some key weapons systems only available 40 percent of the time.

“German readiness levels are a serious concern,” a NATO diplomat, who asked not to be further identified, told Reuters.

Defense ministry spokesman Jens Flosdorff said on Monday equipment still needed for VJTF would arrive by mid-year and the German military could carry out all its duties when it assumes rotational control of the force at the start of 2019.

NATO’s VJTF includes 5,000 to 7,000 soldiers that can be deployed within days in the event of a crisis.

But Flosdorff said the ministry was concerned about shortages of tanks and other military equipment, such as body armor. The ministry aimed to reverse this trend, caused by a years-long decline in defense spending, by 2030, but this would take time, he told a regular government news conference.

“Will the Bundeswehr (German armed forces) be able to carry out its missions in line with its NATO obligations? Yes. But that doesn’t mean that we can be satisfied with the overall readiness of the Bundeswehr.”

Defense Minister Ursula von der Leyen pledged to address the gaps when she took office over four years ago and military budgets are now rising again, albeit slowly, but media reports of further shortages continue to surface regularly.

“The Bundeswehr’s problems aren’t new, but it is shocking that nearly nothing has improved after four years of Ursula von der Leyen serving as defense minister,” said Tobias Lindner, a defense and budget expert for the opposition Greens.

He said the Greens had asked von der Leyen to give lawmakers an overview of readiness at a committee meeting on Wednesday, instead of them learning about specific problems from the media on a near daily basis.

There was no immediate comment from the Defense Ministry.

Critics questioned Germany’s ability to head the VJTF next year after an internal ministry report leaked last week revealed serious deficits in the equipment of the German brigade that will lead the task force, mainly due to a lack of spare parts.

The conservative daily Die Welt reported that the brigade had only nine of 44 Leopard 2 tanks, and three of the 14 Marder armored personnel carriers that it needs. It is also missing night vision goggles, support vehicles, winter clothing and body armor, according to German media reports.

Henning Otte, defense spokesman for Chancellor Angela Merkel’s conservative bloc in parliament, said the new governing coalition deal with the Social Democrats included specific measures to improve military procurements. “We have to ensure that equipment gets to troops faster,” he said.

At the moment, military officials say none of Germany’s six submarines can be deployed, only five of 16 A400M military airlifters are ready for use, and it will cost 500 million euros ($618 million) to ready hundreds of new Puma tanks for combat.

The already troubling readiness rates of other weapons - including the Eurofighter, Tornado and CH-53G heavy transport helicopters - have also stagnated or worsened over the past year, according to multiple sources familiar with the issue.

Defense Minister Frank Bakke Jensen of Norway said his country was tracking the situation in Germany closely, given ongoing disquiet about Russian military behavior but he had been assured that the submarines would be working again soon.