HEADLINE Erdogan complains to Macron about criticism of Afrin campaign

Erdogan complains to Macron about criticism of Afrin campaign 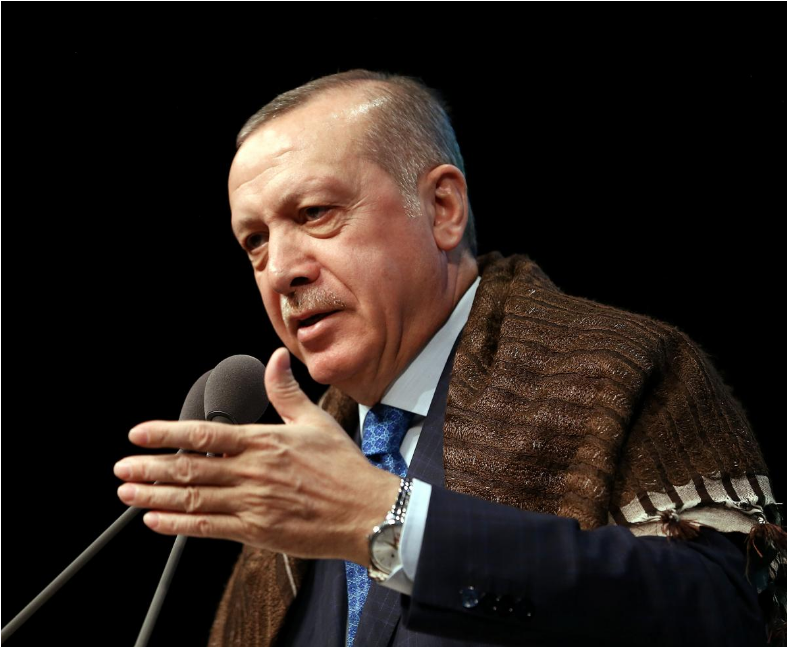 Turkish President Tayyip Erdogan told French President Emmanuel Macron in a phone call that he was disturbed by claims about Turkey’s military campaign in Syria’s Afrin region that he said were baseless, a Turkish presidential source said on Friday.

Among Turkey’s Western allies, France has been one of the biggest critics of the two-month-old Turkish military operation against the Kurdish YPG militia in Afrin, which borders Turkey. Turkish forces stormed Afrin city on Sunday.

Last month, the United States and France called on Turkey to halt the operation in northern Syria to comply with a United Nations resolution requiring a ceasefire in all of Syria. The resolution excluded military operations against Islamic State, al Qaeda and groups associated with them or other groups designated as terrorist organizations by the Security Council.

Ankara, which considers the Kurdish YPG militia a terror organization, strongly rejected the call from its two NATO allies, accusing France of giving “false information” on the issue.

In Friday’s phone call, Erdogan also told Macron that the rights of Turkish Cypriots over hydrocarbon resources in the eastern Mediterranean should be protected, the presidential source said.

A vessel charted by Italy’s state-controlled Eni was unable to reach an area Cyprus has licensed for drilling because of Turkish military maneuvers in a two-week standoff in February.

Turkey says some areas of Cyprus’s offshore maritime zone fall under the jurisdiction of Turkey or Turkish Cypriots.

Cyprus and Turkey have not had diplomatic relations since a 1974 Turkish invasion of the island triggered by a brief Greek-inspired coup. Decades of reconciliation efforts have failed.

Despite stepping up criticism of what the EU sees as Erdogan’s growing authoritarianism, the bloc’s top officials will host him for talks on Monday in the Bulgarian city of Varna.