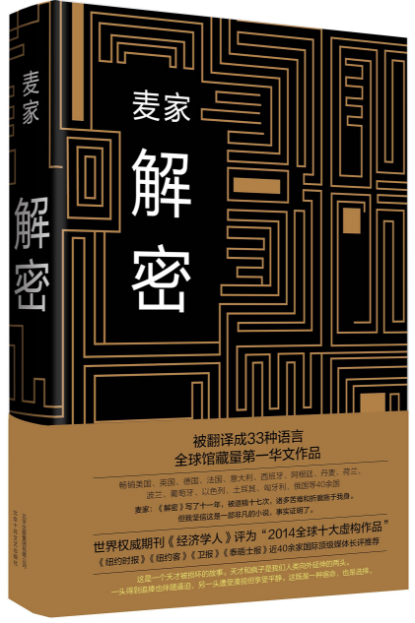 Described by one of the organizers as “riddling, dreamlike, and digressive, in the manner of classic Chinese fiction,” the story centers around Rong Jinzhen, an expert cryptographer who cracks the enemy's top secret codes known as Purple and Black.

Due to Rong’s contributions, he became known as the “Hero of the Revolution.”

The English language version of “Decoded” was first published in the US and Britain in 2014, and has since been translated into 33 languages.

Mai was the only Asian author included on the prestigious Top 20 list.