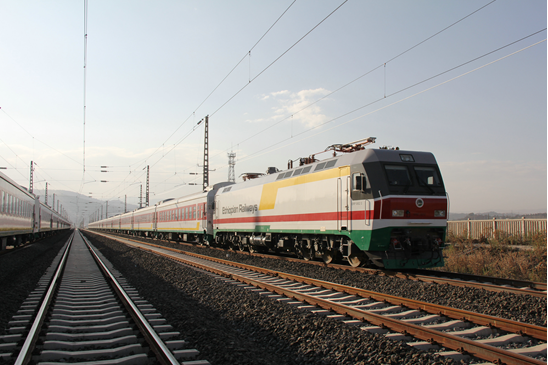 A train on Ethiopia-Djibouti railway. By Li Zhiwei

Johannesburg (People’s Daily) – A ceremony commemorating the launch of the Ethiopia-Djibouti electric railway was held today at Labu Station in Addis Ababa, Ethiopia.

Stretching 470 miles and reaching speeds of up to 75 miles per hour, the train will reduce travel time from three days to twelve hours between the Ethiopian capital and the Red Sea port in Djibouti.

The $4.2 billion project was built by the China Civil Engineering Construction Company and the China Railway Group. The railway is the first electric train of its kind in the region.

The East African train is a landmark infrastructure achievement between China and the two countries.

Over the past decade, China has played a crucial role in developing railway transportation in parts of Africa, providing smaller nations with a much-needed boost to achieve regional integration.