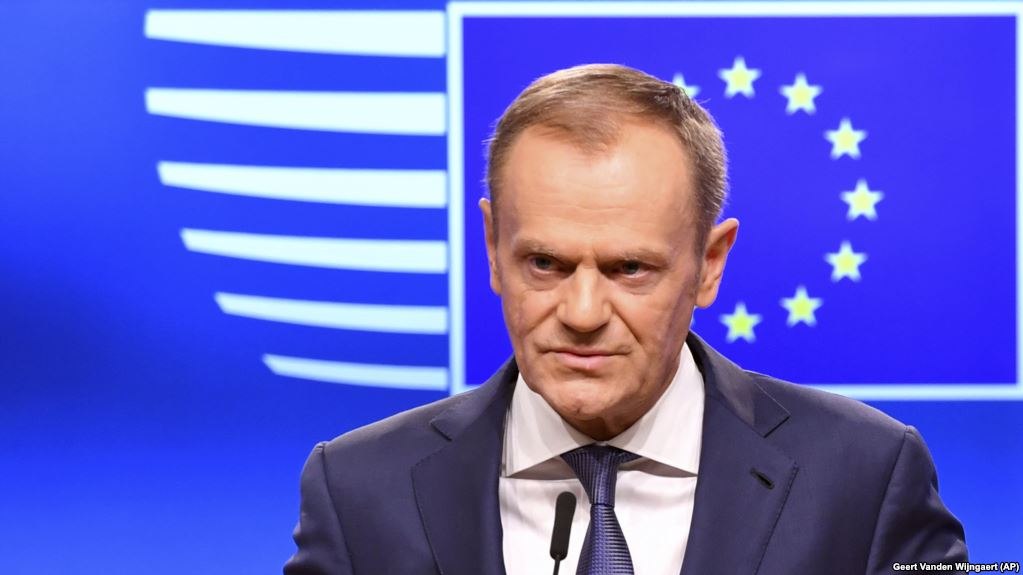 European Council President Donald Tusk said that all member states were "totally united when it comes the role of sanctions against Russia." (file photo)

The European Union on Monday said it had extended sanctions against Russia, imposed over the annexation of Crimea and supporting rebels in eastern Ukraine, for another six months.

The sanctions, including travel restrictions and asset freezes against 150 people and 38 companies, would be extended until Sept. 15, the European Council said.

“An assessment of the situation did not justify a change in the sanctions regime,” the Council said in a statement.

After annexing Crimea in 2014, in a move that has not been recognized internationally, Russia said it would not return the region.

The EU and other Western countries say Russia has also been providing a lifeline to separatists in eastern Ukraine, where a conflict has killed more than 10,000 people since 2014.