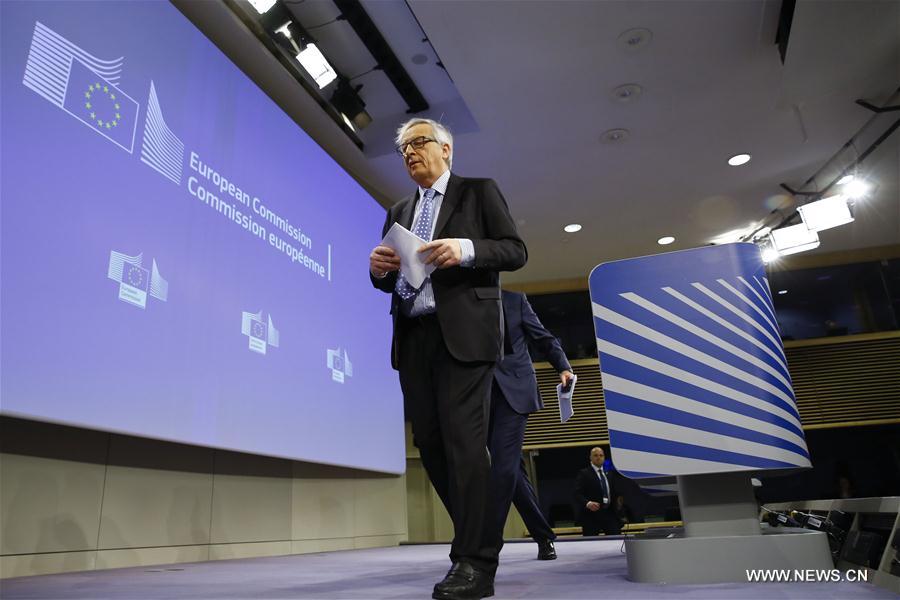 Brussels (People’s Daily) - Leaders of the European Union voiced their support to the overnight air strikes led by three Western powers on Syria after a suspected gas attack on the town of Douma last week.

European Commission President Jean-Claude Juncker said in a statement that the “use of chemical weapons is unacceptable in any circumstances and must be condemned in the strongest terms.”

Donald Tusk, the president of the European Council, tweeted that the strikes “make it clear that the Syrian regime together with Russia (and) Iran cannot continue this human tragedy, at least not without cost. The EU will stand with our allies on the side of justice.”

The EU is supportive of all efforts aimed at the prevention of the use of chemical weapons, the head of the EU diplomacy said in a statement hours after the US-led strikes on Syria.

Federica Mogherini, EU High Representative for Foreign Affairs and Security Policy, reiterated the condemnation and expressed her frustration that the UN Security Council has so far failed to ensure accountability for perpetrators of chemical weapon attacks in Syria.

Mogherini called upon all countries, notably Russia and Iran, to use their influence to prevent any further use of chemical weapons and urged all parties part of the conflict to implement the ceasefire immediately and to ensure humanitarian access and medical evacuations.