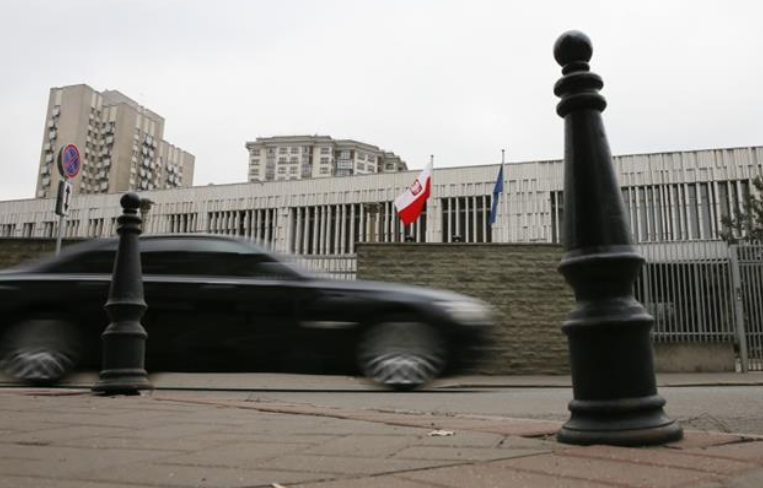 A car drives past a building of the Polish embassy in Moscow. (Photo: Reuters)

Warsaw (People’s Daily) – Fourteen European Union member states announced on Monday they would expel 44 Russian diplomats in a show of support with Great Britain over the poison attack on former double agent Sergei Skripal and his daughter Yulia in Salisbury, UK.

Other member states are expected to take similar actions this week. Meanwhile, Brussels recalled Markus Ederer, head of the European Union Delegation in Russia, for consultations.

“The aim is to show solidarity with Great Britain,” Polish Foreign Minister Jacek Czaputowicz said during a press conference on Monday, adding that Britain had been targeted in an "unprecedented attack,

which was the first deliberate use of chemical weapons against a group of civilians in Europe in the history of post-war Europe.”

Czaputowicz told reporters Russian diplomats would have to leave Poland by April 3.

In response to the alleged poison attack, London has since expelled 23 Russian diplomats believed to be intelligence agents.

Speaking at the House of Commons in the UK on Monday, May said that while she was in Brussels, she successfully made her case against Russia.

May later warned the “challenge of Russia is one that will endure for years to come.”