HEADLINE EU official says no one will recognize Catalonia

EU official says no one will recognize Catalonia 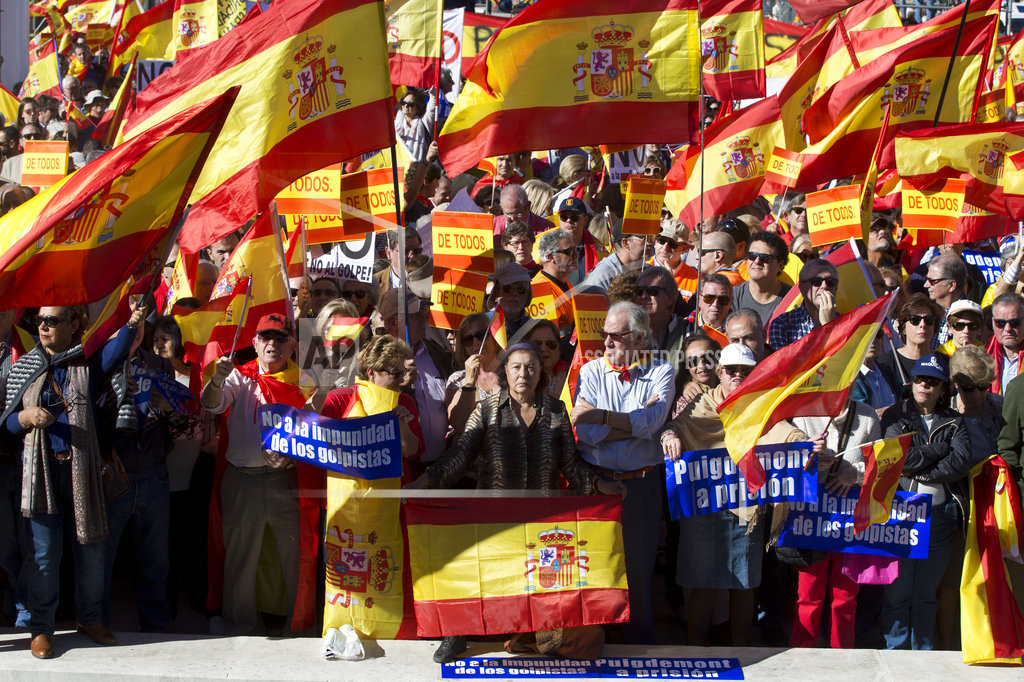 BARCELONA, Spain  — The Latest on the Spain-Catalonia political crisis (all times local):

The European Parliament's president says no one will ever recognize Catalonia as an independent country.

Antonio Tajani says Catalonia's independence referendum was illegal and state of law should be restored. He also spoke against EU mediation, saying the crisis is an internal Spanish issue.

The European Parliament's president says that Spain's decision to call a new election in Catalonia after the region's unilateral declaration of independence "was the right thing to do."

Antonio Tajani spoke to reporters Saturday while leaving the Vatican after a forum on Europe's future.

Tajani said that Europe's position is very clear: "No one will ever recognize Catalonia as an independent country. The referendum was illegal ... The state of law should be restored."

He said that the election will allow Catalans to "decide what kind of government they want to have. All should happen according to the Spanish Constitution."

Tajani added that Europe hopes that dialogue can help resolve the "difficult situation," adding "this does not mean that European Union could mediate, because it is a Spanish internal issue."

About 150 people on motorbikes and in cars are holding a rally through Barcelona streets, waving Spanish and official Catalan flags.

The demonstrators are honking horns to show their solidarity with Spain's national police, and opposition to a declaration of independence by Catalonia.

The motorized demonstration comes a day after Catalan lawmakers voted in favor of a declaration of independence from Spain, and Spain's national government imposed direct rule in the region, dismissing the regional government. Opposition lawmakers who disagreed with secession walked out on the vote.

The demonstrators, noisy but peaceful, were heading toward the port, where reinforcements of national police and Spain's Guardia Civil have been staying since they were deployed in the area before a banned Oct. 1 referendum on independence.

Catalonia's separatist leader has called on Catalans to peacefully oppose Spain's takeover, in a staged appearance that seemed to convey that he refuses to accept his firing, which was ordered by central authorities.

Carles Puigdemont said in a brief statement that appeared to be pre-recorded that "we will continue working to build a free country." Spain's La Sexta TV channel simultaneously showed live footage of Puigdemont having lunch in a bar in central Girona, his hometown, occasionally interrupted by residents who asked him to pose for selfies.

Puigdemont's appearance on public regional TV3 broadcaster showed him speaking from a podium with the official emblem of the Catalan regional government. Behind him there were the Catalan and European Union flags, but not the one from Spain.

Spain took formal direct control of Catalonia on Saturday, dismissing the region's defiant separatist government a day after lawmakers passed a declaration of independence for the prosperous northeastern region. 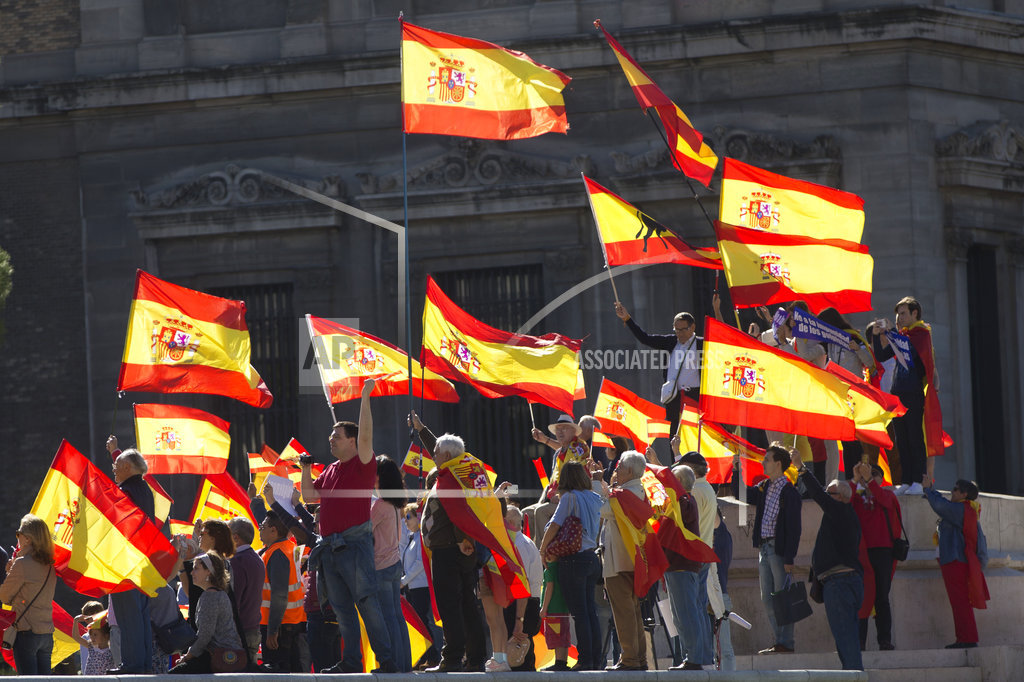 Opponents of independence for Catalonia held the rally in the Spanish capital as thousands of people turned out in the Plaza de Colon.

The Catalan separatist leader, Carles Puigdemont, has scheduled a televised addressed at 2.30 p.m. (1230GMT) in his first public appearance since the Spanish government fired him.

Spain took formal direct control of Catalonia on Saturday, firing the region's defiant separatist government a day after lawmakers passed a declaration of independence for the prosperous northeastern region.

But Puigdemont and other members of his Cabinet have not made clear if they aim to obey the Spanish directive or offer resistance.

Spanish Prime Minister Mariano Rajoy has ordered the dissolution of the Catalan regional parliament and called a new regional election for Dec. 21.

Officials in Europe are speaking out against Catalonia's declaration of independence.

European Union President Jean-Claude Juncker, speaking from French Guyana, said "there isn't room in Europe for other fractures or other cracks. We've had enough of those."

Juncker said the EU wants "to respect the Spanish constitutional and legal order. We are not in favor of letting Europe develop so that tomorrow we'd have 95 member states. Twenty-eight is enough for now."

Greek government spokesman Dimitris Tzanakopoulos says "we are particularly concerned about the situation in Spain and repeat that Europe can only go forward united ... unilateral actions cannot be accepted."

Catalonia's regional police agency has issued a statement saying it is operating as normal even though its chief has been fired by Madrid as Spain's central government tries to halt the region's independence movement.

The regional police wrote on Twitter on Saturday morning that "protecting and guaranteeing the safety of people is our priority. We continue working normally."

Catalan lawmakers declared independence on Friday. The move prompted the Spanish government to take direct control of the northeastern region's affairs, sacking its regional separatist government and calling for a new election in December.

Opponents of independence for Catalonia are holding a rally in the Spanish capital of Madrid. Thousands of people have turned out in the Plaza de Colon, many waving Spanish flags or wearing them around their shoulders.

The rally comes after one of the country's most tumultuous days in decades.

On Friday, lawmakers in the northeastern region of Catalonia passed a declaration of independence in the regional parliament. Shortly afterward, Spain's Senate gave the central government in Madrid the power to take direct control of the region and fire its separatist government.

The move early Saturday came after separatist Catalan lawmakers passed a declaration of independence on Friday.

Prime Minister Mariano Rajoy, who now replaces Catalan President Carles Puigdemont as the top decision-maker in the northeastern region, has dissolved the regional parliament and called a new regional election on Dec. 21.

Puigdemont and the 12 members of the Catalan Cabinet will no longer be paid and could be charged with usurping others' functions if they refuse to obey.

There was no immediate response from the top Catalan officials. Only the director of the Catalan regional police, who was also fired, issued a statement saying he would comply.