The European Commission opened on Monday a safeguard investigation on imports of a number of steel products into the European Union, in response to recent United States metal tariffs plans.

China's Ministry of Commerce said immediately after the Commission's the safeguard investigation opening that while necessary response from the EU side to the U.S. tariffs is understandable, adopting global safeguards is not the right choice.

Wang Hejun, head of the ministry's Trade Remedy and Investigation Bureau, said the safeguard will further aggravate the chaos and panic of international trade caused by U.S. measures and cause a more serious and damaging impact on the normal international trade order.

The EU investigation concerns products of all origin, said the Commission in a statement, adding that the procedure can result in imposition of import tariffs or quotas that would shield EU producers from "excessive imports" if necessary.

The investigation covering 27 steel product categories will in principle be concluded within nine months, said the Commission's statement, adding that should provisional measures prove necessary, they can be adopted at short notice. The Commission continues to further examine the market situation and is prepared to react as appropriate.

Wang, the Chinese official, said that EU, as an important member of the WTO and an important force in the global trade system, should strengthen cooperation with all its members and jointly oppose trade protectionism.

Wang said that the EU should not take actions that impair the global trade order, and that China is willing to strengthen communication and cooperation with all parties, including the EU, to jointly deal with the chaos caused by the U.S. measures on the global steel and aluminum trade.

China will seriously assess the impact of the U.S. and EU measures on China, and will take corresponding measures when necessary, to firmly safeguard the interests of Chinese companies, Wang added. 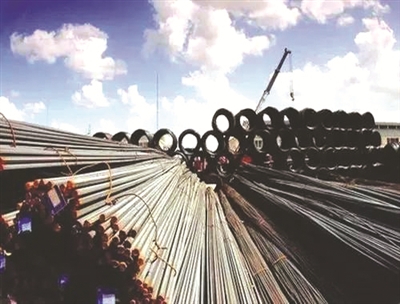