HEADLINE EU 'prepared' for US trade tariffs as deadline looms

EU 'prepared' for US trade tariffs as deadline looms 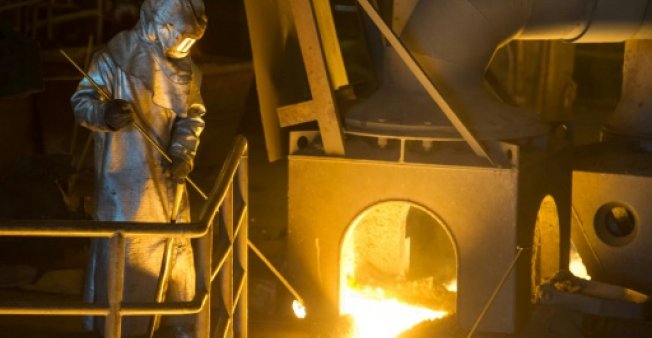 The trade war could soon get hot if the United States follows through and imposes tariffs on European steel and aluminium. (Photo: AFP)

The EU said Monday it was "prepared" for US President Donald Trump imposing controversial tariffs on steel and aluminium from the bloc, as a deadline looms amid growing fears of all-out trade war.

The European Union's top trade official Cecilia Malmstrom is set to hold last-ditch talks with US Secretary of Commerce Wilbur Ross on Monday but hopes for winning a permanent exemption are slim.

Trump granted the EU temporary relief from the 25 percent steel and 10 percent aluminium duties but this expires on Tuesday and cannot be renewed. Europe has lined up its own punitive tariffs on American imports including iconic items such as Harley-Davidson motorbikes, blue jeans and bourbon whiskey.

Margaritis Schinas, spokesman for the European Commission, the bloc's executive arm, said contacts were under way with Washington "at all levels" to try to head off a tariff tit-for-tat but warned the EU was ready to act, saying Brussels officials would even work on Tuesday's public holiday to tackle the issue.

"We are patient, we are prepared and Labour Day will be full of labour for us," Schinas told reporters.

Another EU source said "discussions are ongoing, we are waiting," indicating that Brussels was holding out for a last-minute decision from Trump, possibly as late as Monday night.

The EU's three largest economies -- Germany, Britain and France -- held crisis talks on Sunday and the French presidency said afterwards they had agreed "the EU must be ready to act" if Washington presses ahead with the tariffs.

Trump met Macron and Merkel last week but gave no indication of whether he planned to exempt the EU, which last year exported over $7.7-billion of steel and aluminium to the US market.

The Trump administration has justified the tariffs -- aimed primarily at Chinese overproduction -- on national security grounds and told trading partners they must make concessions to win permanent exemptions.

Trade ministers from the United States, Canada and Mexico met last week to advance talks on revising the 24-year-old North American Free Trade Agreement and made enough progress that they have set their next ministerial meeting for May 7.

That would seem to bode well for continued tariff exemptions for the two NAFTA partners. Canada exported over $12 billion of steel and aluminium to the United States in 2017, with another $3 billion from Mexico.

Eurozone powerhouse Germany warned last week it expected Washington to impose the tariffs from May 1, although a key economic advisor to Trump hinted on Thursday that EU concessions in the car sector might be enough to win an exemption.

"It's very important that so many of our friends make some concessions with respect to trading practices, tariffs and taxes," National Economic Council Director Larry Kudlow told CNBC.

However, the EU has insisted it will not negotiate without first obtaining a permanent exemption.