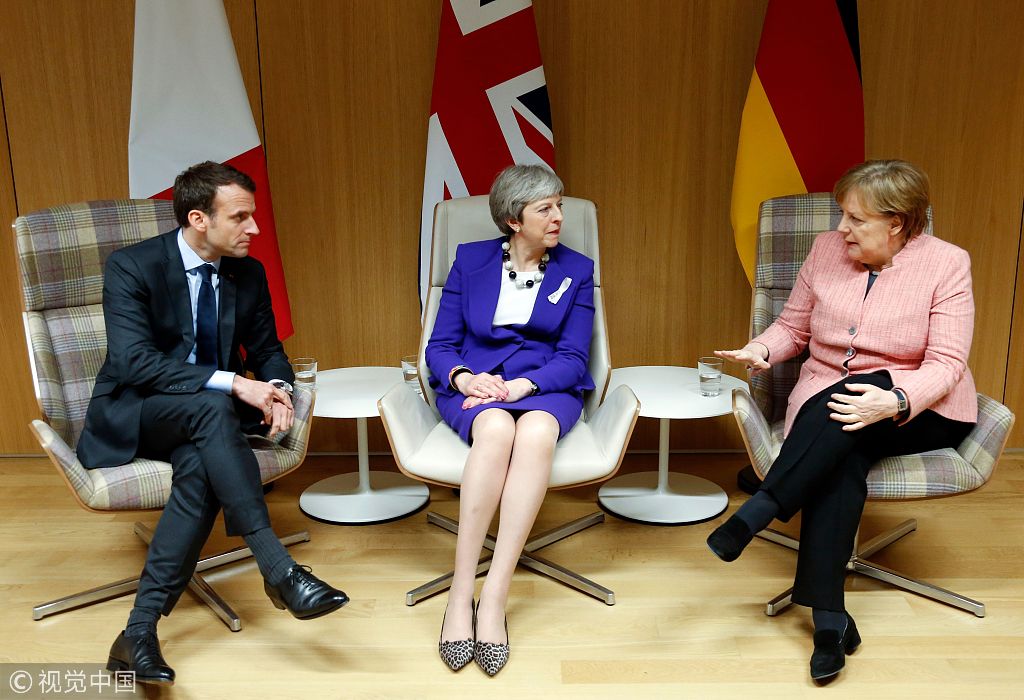 Brussels (People’s Daily) - The European Union has recalled its envoy to Moscow to show support for the UK.

Following a summit in Brussels on Thursday, the leaders of 28 European nations agreed with the British assessment that it was “highly likely” that Russia was behind this month's poisoning of former spy Sergei Skripal and his daughter Yulia.

On Thursday night, Dutch Prime Minister Mark Rutte said the EU ambassador to Russia was being recalled to consult with Brussels over the Salisbury attack.

Rutte characterized this as a “measure” rather than a formal “sanction” against Moscow.

France, Poland, Estonia, Latvia and Lithuania are considering expelling Russian diplomats, as requested by the UK government, in a coordinated strike against Moscow.

The statement issued by the council after the summit said: “The European Council condemns in the strongest possible terms the recent attack in Salisbury, expresses its deepest sympathies to all whose lives have been threatened and lends its support to the ongoing investigation.

Speaking after her address to the other 27 EU leaders over dinner, British Prime Minister Theresa May said: "I welcome the fact that the EU Council has agreed with the United Kingdom Government's assessment that it is highly likely that Russia is responsible for the attempted murder that took place on the streets of Salisbury and that there is no plausible alternative explanation."

That marked a breakthrough for Britain, which had been seeking to persuade EU leaders to condemn Russia for the attempted murder. It was the first known offensive use of a nerve toxin in Europe since World War II.