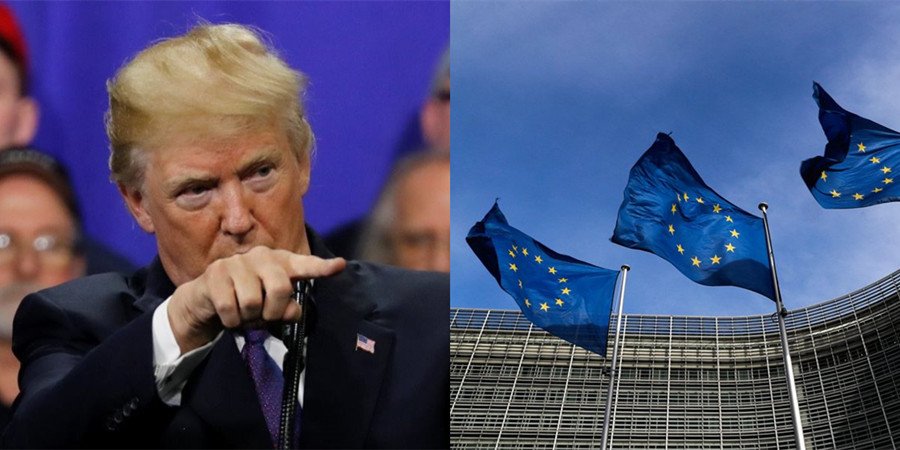 "We can already see tendencies of distortion of trade that affect the EU as well," and "we are seeing a recovery and a potential growth in trade and global growth, but it is threatened by these tariffs," Malmstrom said.

Calling the behavior "pure protectionism", Malmstrom said the EU would not be offering any concessions in an attempt to be made exempt from the tariffs before the May 1 negotiation deadline, but "we expect to be permanently and unconditionally exempted from these measures".

EU officials have argued that these tariffs run counter to global trade rules under the World Trade Organization (WTO), and damaging to international trade flows.

Telling reporters that talks between Washington and Brussels were ongoing, Malmstrom said the EU had not received any guarantees.

She also expressed concern about increased tensions over trade between the United States and China, saying it could develop into something "very worrisome for the global economy".

The WTO confirmed on April 17 that the EU had filed a consultation request with the organization on April 16 regarding the newly implemented US steel and aluminum tariffs.

"Notwithstanding the United States' characterization of these measures as security measures, they are in essence safeguard measures," the EU said in its request, according to WTO documents.

The EU also claimed that Washington failed to notify the WTO committee on safeguards about its decision to apply the measures, and that these measures do no comply with relevant provisions of the agreement on safeguards.

US President Donald Trump announced on March 8 that the United States would impose import duties of 25 percent and 10 percent respectively on imported steel and aluminum products due to how they endangered "national security". On March 22, the United States said it would provisionally exempt the EU, Argentina, Australia, Brazil, Canada, Mexico and South Korea, and that the exemption period would end on May 1.