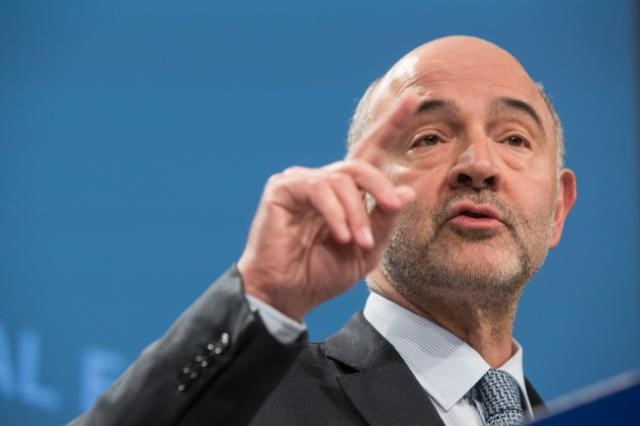 Brussels (People’s Daily) - The European Commission on Wednesday proposed new regulations that would ensure digital businesses are taxed in a fair and growth-friendly way among EU member nations.

If implemented, an estimated 5 billion euros in yearly revenue could be generated for EU members, but only if the tax is applied at a 3 percent rate.

The measures would make the EU a global leader in designing tax laws fit for the modern economy and digital age.

"The digital economy is a major opportunity for Europe, and Europe is a huge source of revenue for digital firms. But this win-win situation raises legal and fiscal concerns. Our pre-Internet rules do not allow member states to tax digital companies operating in Europe when they have little or no physical presence here," said Moscovici.

"This represents an ever-bigger black hole for member states, because the tax base is eroding," he added.

The tax proposal is expected to hit companies like Google, Apple, and Amazon the hardest by forcing them to pay taxes to the governments where they do business.

According to the EU, the effective corporate tax rate paid by digital firms amounts to just 9.5 percent, compared with the 23.3 percent paid by traditional companies.

The proposals will still need to be submitted to the Council for Adoption and the European Parliament for consultation. EU reforms need the backing of all member states before they can become law.