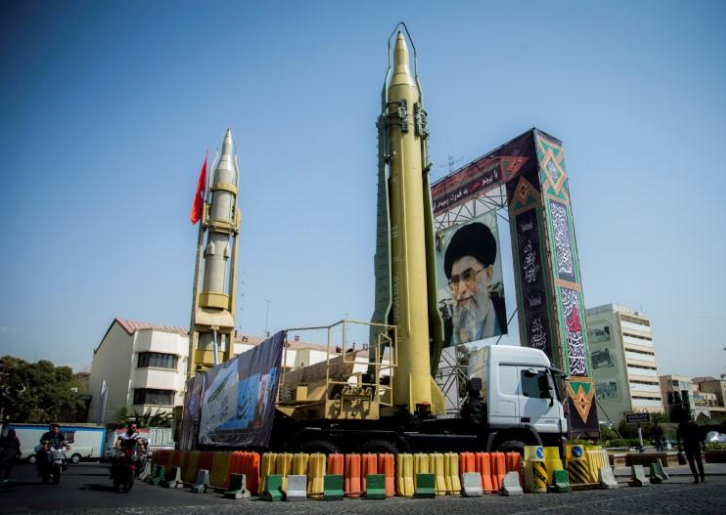 France, Britain and Germany sought on Wednesday to persuade their EU partners to back new sanctions on Iran to preserve a nuclear deal with Tehran that US President Donald Trump has threatened to pull out of in May, diplomats said.

The new measures proposed by London, Paris and Berlin were discussed by the EU’s 28 ambassadors and could include members of Iran’s most powerful security force, the Islamic Revolutionary Guards Corps (IRGC), diplomats said.

Trump has given the European signatories a May 12 deadline to “fix the terrible flaws” of the 2015 nuclear deal, which was agreed under his predecessor Barack Obama, or he will refuse to extend US sanctions relief on Iran.

The European Union rejects those criticisms. But Britain, France and Germany hope their steps could encourage Trump to issue new waivers preventing US sanctions lifted under the deal from being reimposed next month.

In Brussels at the closed-door meeting, the three pushed for agreement on possible travel bans and asset freezes before a foreign ministers’ meeting next month, four diplomats told Reuters. Some EU capitals said they need more time, and discussions are expected to continue next week.

A total of 15 Iranian individuals and companies are on a list circulated to EU governments, but there was no direct discussion of names at Wednesday’s meeting, one diplomat said.

Britain, France and Germany have proposed the extra EU sanctions over Iran’s ballistic missile programmes and its role in the war in Syria, according to a document seen by Reuters.

Diplomats pointed to the next EU foreign ministers’ meeting in Luxembourg on April 16, the last formal gathering on the EU agenda before Trump’s May deadline, although governments can always convene other sessions.

“The idea is to have a final decision on Iran sanctions by or at the April Foreign Affairs Council,” the diplomat said.

But another diplomat said: “It will be complicated because this will need time to convince the member states.”

The sanctions would not involve measures that were lifted under the nuclear deal but would instead target individual Iranians that the EU believes are behind Iran’s ballistic weapons and its support for the government of Syrian President Bashar al-Assad, which is also subject to sanctions.

Any Iranians targeted would be subject to asset freezes and bans on travelling to the EU or doing business with companies based in the bloc.

EU envoys discussed possible sanctions on the basis of last week’s meeting of foreign ministers in Brussels, who agreed that Iran needed to be held to account for its role in Syria’s seven-year war, even while upholding the Iran nuclear accord.

At that meeting, France also urged the EU to consider new sanctions on Iran, citing publicly the “proliferation of ballistic missiles and (Tehran’s) very questionable role in the near- and Middle East.”

But countries ranging from Sweden and Ireland to Iran’s closest European allies Italy and Greece still need to be convinced. Austria is also wary, one diplomat said.

Given strong EU support for the nuclear deal, signed by the United States, China, Russia, Britain, France, Germany, the European Union and Iran, many governments are wary of doing anything that might jeopardise it.

Any EU-wide measures would be the first significant punitive steps since the bloc lifted broad economic sanctions on Iran last year following the accord to curb Tehran’s nuclear ambitions for at least a decade.

It has given no indication that it would walk away from the nuclear deal due to the proposed new sanctions, which are minor compared with the broad sanctions lifted as part of the deal.