HEADLINE Ex-Catalan leader hands himself in to Belgian police

Ex-Catalan leader hands himself in to Belgian police 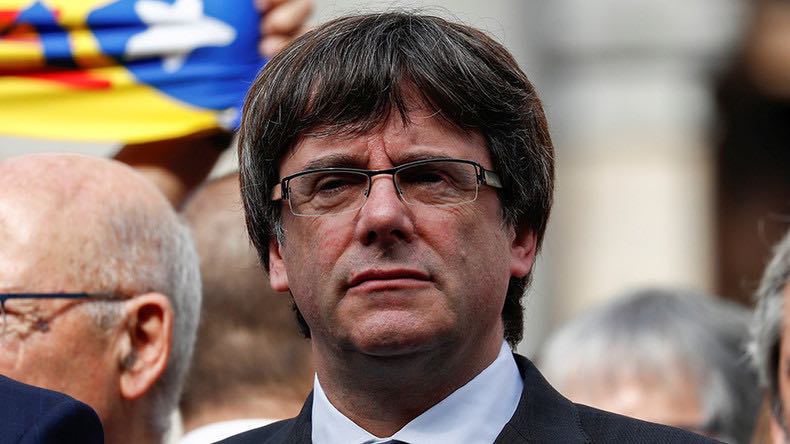 Carles Puigdemont and four of his ex-ministers fled to Belgium this past week after being removed from power by Spanish authorities as part of an extraordinary crackdown to impede the region's illegal declaration of independence.

Belgian state prosecutors on Sunday were examining international arrest warrants issued by Spain for the ousted leader of Catalonia and other members of his disbanded Cabinet.

Puigdemont and his associates were taken into custody Sunday morning, Brussels prosecutor spokesman told journalists. They will be heard by the investigating judge who will then "have 24 hours, until 09:17 on Monday, to decide whether to place them in detention, release them under conditions or grant bail", the spokesman said.