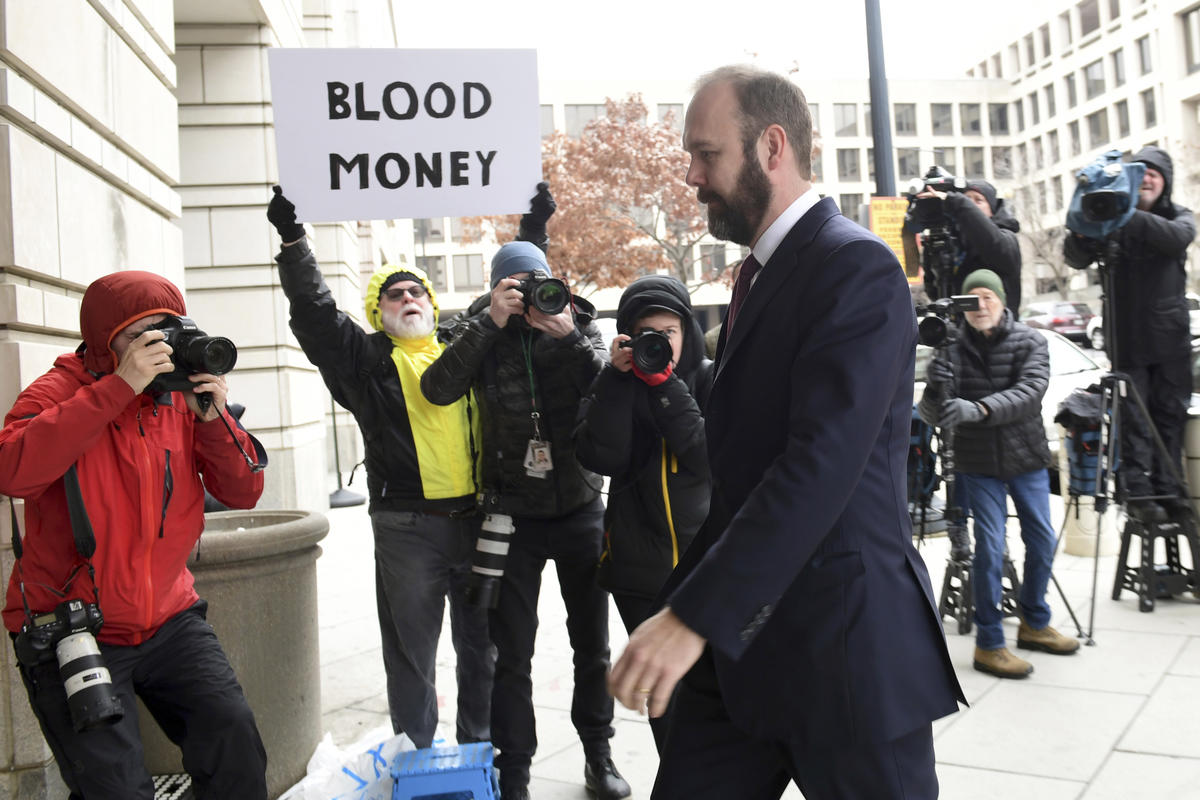 The plea by Rick Gates revealed that he will help special counsel Robert Mueller's investigation in "any and all matters" as prosecutors continue to probe the 2016 campaign, Russian meddling and Gates' longtime business associate, one-time Trump campaign chairman Paul Manafort.

With his cooperation, Gates gives Mueller a witness willing to provide information on Manafort about his finances and political consulting work in Ukraine, and also someone who had access at the highest levels of Trump's 2016 presidential campaign.

Gates, 45, of Richmond, Virginia, made the plea at the federal courthouse in Washington. He stood somberly beside his attorney and did not speak during his hearing except to answer routine questions from the judge about whether he understood the rights he was giving up.

He admitted to charges accusing him of conspiring against the U.S. government related to fraud and unregistered foreign lobbying as well as lying to federal authorities in a recent interview. Under the terms of the plea, he is estimated to face between 57 and 71 months behind bars and a possible fine ranging from $20,000 to $200,000. Prosecutors may seek a shortened sentence depending on his cooperation.

The plea came a day after a federal grand jury in Virginia returned a 32-count indictment against Gates and Manafort, Trump's former campaign chairman, accusing them of tax evasion and bank fraud. Gates is the fifth defendant to plead guilty in Mueller's investigation.

The indictment in Virginia was the second round of charges against Gates and Manafort, who were initially charged last October with unregistered lobbying and conspiring to launder millions of dollars they earned while working on behalf of a pro-Russian Ukrainian political party.

Manafort continues to maintain his innocence.

"I had hoped and expected my business colleague would have had the strength to continue the battle to prove our innocence. For reasons yet to surface he chose to do otherwise," Manafort said Friday. "This does not alter my commitment to defend myself against the untrue piled-up charges contained in the indictments against me."

In court filings over the past few months, Gates gradually began to show the strain the case was placing on him and his family.

He frequently pleaded with U.S. District Court Judge Amy Berman Jackson for leniency in his house arrest to let him attend sporting events with his four children. Even on Friday, ahead of his plea, Gates had asked the judge to let him take his children to Boston for spring break so they could "learn about American history in general, and the Revolutionary War in particular."

Gates' plea comes on the heels of the stunning indictment last week that laid out a broad operation of election meddling by Russia, which began in 2014, and employed fake social media accounts and on-the-ground politicking to promote Trump's campaign, disparage Hillary Clinton and sow division and discord widely among the U.S. electorate.

The charges to which Gates is pleading guilty don't involve any conduct connected to the Trump campaign. They largely relate to a conspiracy of unregistered lobbying, money laundering and fraud laid out in his indictments.

But his plea does newly reveal that Gates spoke with the FBI earlier this month and lied during the interview. That same day, his attorneys filed a motion to withdraw from representing him for "irreconcilable difference."

Gates served on the Trump campaign at the same time that Manafort, Donald Trump Jr. and Jared Kushner met with a team of Russians in Trump Tower in June 2016. He was also involved in the campaign when then-Sen. Jeff Sessions held a pair of undisclosed meetings with Russian ambassador to the U.S. Sergey Kislyak.

For a few months in 2016, Gates was indispensable to Trump, leading the ground effort to help Trump win the Republican nomination and flying from state to state to secure Republican delegates in a scramble that lasted all the way until the Republican National Convention in Cleveland.

But his power and influence waned once Trump fired Manafort in August 2016 after The Associated Press disclosed how Gates and Manafort covertly directed a Washington lobbying campaign on behalf of Ukrainian interests.

Gates survived his mentor's ouster, serving as the campaign's liaison to the Republican National Committee and later working on Trump's inaugural committee. Gates also worked briefly with the outside political groups supporting Trump's agenda, America First Policies and America First Action, but was pushed out of that job last year.

When he was indicted last October, Gates was working for Tom Barrack, a close friend of Trump.

Friday's court papers accuse Gates of lying to federal agents about a March 19, 2013, meeting involving Manafort, a lobbyist and a member of Congress. Gates said the meeting did not include discussion of Ukraine, when in fact prosecutors say it did.

The charges don't name the lobbyist or the lawmaker but filings with the Justice Department show Manafort and Vin Weber of Mercury Public Affairs met with Rep. Dana Rohrabacher, R-Calif., on that date as part of a lobbying campaign on behalf of Ukrainian interests.

Also Friday, Mueller's team unsealed a new indictment solely against Manafort that included an allegation that he, with Gates' assistance, secretly paid former European politicians to lobby on behalf of Ukraine.

The indictment accuses Manafort of paying the former politicians, informally known as the "Hapsburg group," to appear to be "independent" analysts when in fact they were paid lobbyists. Some of the covert lobbying took place in the U.S.

The indictment says the group was managed by a former European chancellor. Court papers accuse Manafort of using offshore accounts to pay the group more than 2 million euros.