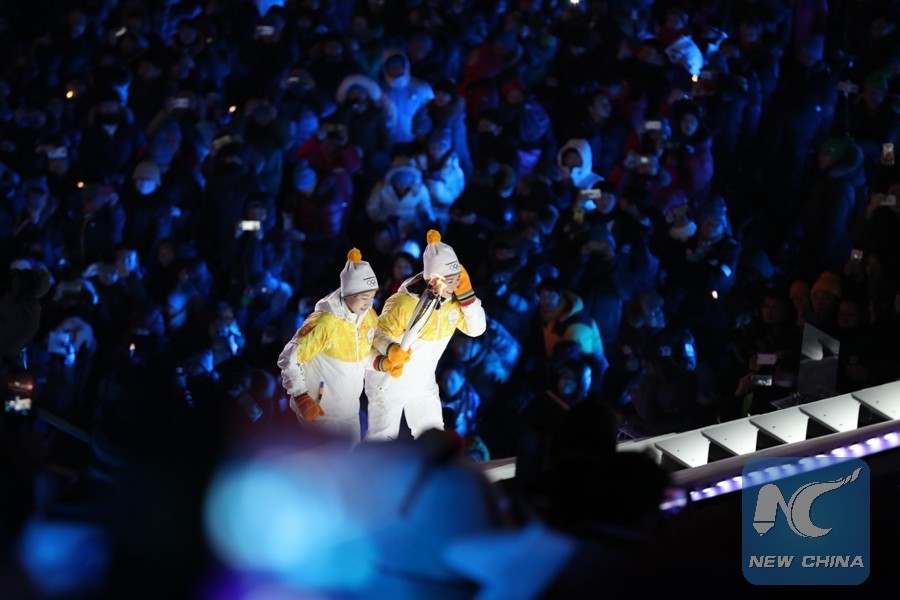 Despite a war of words between Washington and Pyongyang in recent months, experts say it is likely to remain quiet on the Korean Peninsula as the Winter Olympics in South Korea kick off Friday.

Despite concerns that the Democratic People's Republic of Korea (DPRK) could have upset the Winter Olympics, "the odds (of that happening) were always very low," Troy Stangarone, senior director at the Washington-based Korea Economic Institute, told Xinhua.

"Conducting a major (weapons) test or trying to disrupt the Games would have ... only increased the pressure" on the DPRK, he added.

In the months leading up to the 2018 Winter Games, held in South Korea's eastern county of PyeongChang between Feb. 9 and 25, some US media and analysts had worried over whether the DPRK would test any missiles during the Olympics, as Pyongyang had conducted a slew of missile tests last year.

Now that the DPRK has agreed to not disrupt the Games, it is under pressure to keep its word, Stangarone added.

Douglas Paal, vice president for studies at the Carnegie Endowment for International Peace -- also based in Washington -- echoed some of those sentiments, arguing that it is in DPRK leader Kim Jong Un's strategic interest to remain cool during the Games.

"The Games and the propaganda platform they give Kim are useful in fomenting splits in the South about the alliance with the US," Paal told Xinhua.

"So (Kim) has every interest in offering the possibility of reducing tensions while the world has its eyes on Korea," Paal added.

For his part, US President Donald Trump is also expected to keep a cooler-than-usual head during the Olympics.

Trump and Kim have in recent months been engaged in a war of words, with Kim threatening that he has a nuclear device that could hit the United States. Trump has warned Kim that attacking the nation that is home to the world's most powerful military would be the worst mistake Pyongyang could make.

In his State of the Union address on Jan. 30, Trump said he would exert "maximum pressure" on the DPRK.

But in the run-up to the Games, tensions seem to have subsided for now. Yet, experts said the battle of words could pick up at a later point, once the Games have concluded.

Cheerleaders from the Democratic People's Republic of Korea (DPRK) are seated ahead of the opening ceremony of the 2018 PyeongChang Winter Olympic Games. Photo: Xinhua/Bai Xuefei

Experts said Trump has refrained from his usual bombastic statements in a bid to give space to South Korean President Moon Jae-in to engage with the DPRK over the Olympics. Additionally, neither Trump nor Kim will want to be seen as the reason for tensions rising during the Olympics.

Many US experts have said there's a strategy behind the DPRK's participation in the Olympics.

Stangarone contended that by engaging with South Korea over the Olympics, the DPRK has multiple objectives. With sanctions taking hold, Pyongyang needs to find ways to reduce tensions and relieve pressure.

"Whether this is through dividing the alliance, or merely convincing the world that it is a responsible nuclear power, it hopes that in doing so it will normalize its nuclear program so it can push for sanctions relief without having to negotiate on its weapons programs," Stangarone said.

While the United States sees Kim's nuclear program as unacceptable, analysts have said Pyongyang believes the only key to survival is nuclear weapons.

Experts have noted that Kim and his father, the late Kim Jong Il, watched as strongmen in Libya and Iraq were toppled by the United States. Kim does not want to see his government overthrown by Washington, and believes nuclear weapons are his only ticket to survival.

Recent weeks have seen Washington slap more sanctions on Pyongyang, in a bid to get the DPRK to abandon its nuclear weapons program.

Meanwhile, though, Trump has also expressed openness toward direct talks with the DPRK and optimism about the warming relations between the two Koreas, as the two neighbors have been engaged in a number of projects to promote the Winter Olympics in recent weeks.

However, US media reports have said that the White House is not ruling out a so-called "bloody nose" -- a targeted strike aimed at destroying the DPRK's nuclear weapons facilities.