HEADLINE Factbox: How does US attorney-client privilege rule apply to FBI raid on Trump's lawyer?

Factbox: How does US attorney-client privilege rule apply to FBI raid on Trump's lawyer? 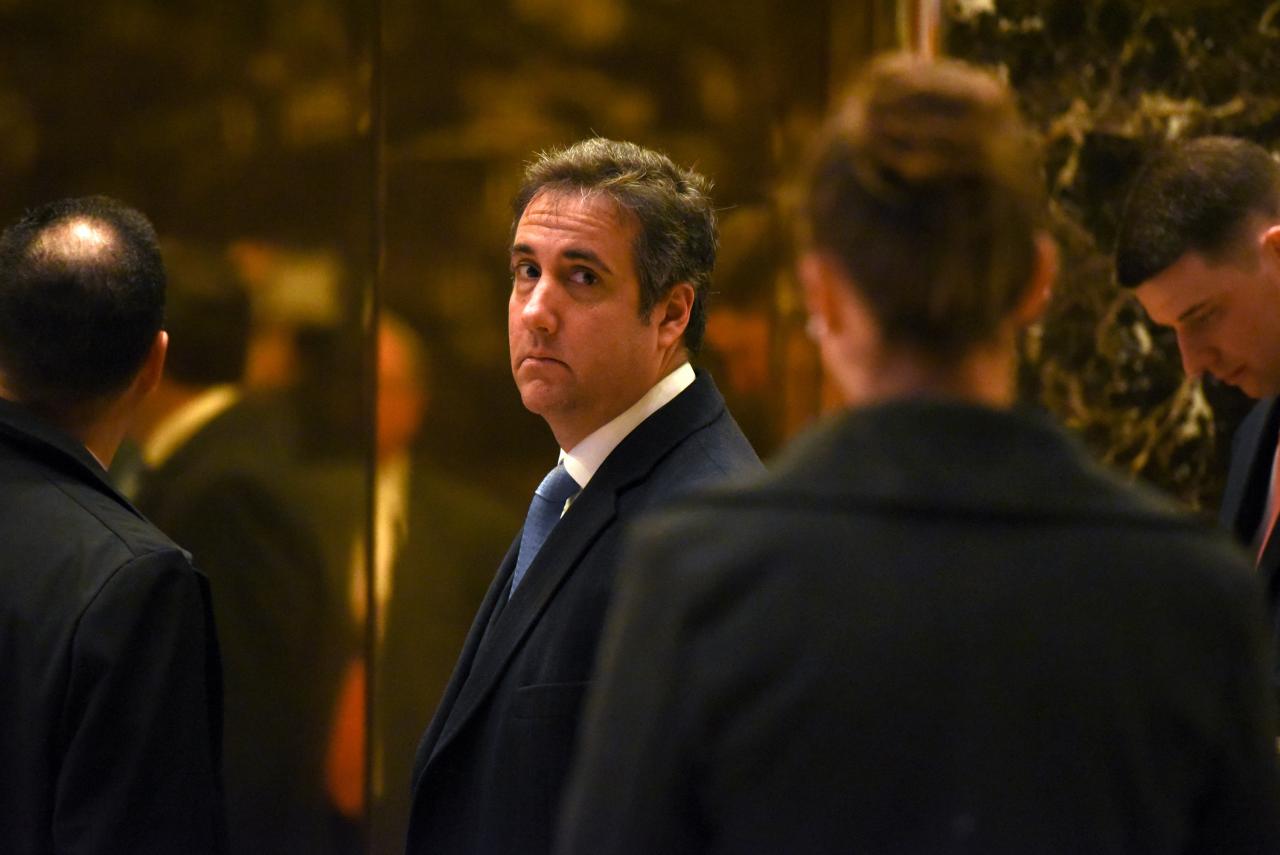 Prosecutors and lawyers for US President Donald Trump and his longtime personal attorney Michael Cohen clashed on Monday over how to determine what materials seized in raids on Cohen’s home and offices are covered by “attorney-client privilege.”

Lawyers for Cohen also sought to keep the identify of one of his other clients secret but were ordered by Judge Kimba Wood to reveal it was Fox News commentator Sean Hannity.

Cohen, who has described himself as Trump’s “fix-it guy,” has been at the center of a controversy over a $130,000 payment he made to adult film star Stormy Daniels shortly before the November 2016 election.

The actress, whose legal name is Stephanie Clifford, has said she was paid to keep quiet about a decade-old sexual encounter with Trump. The White House has denied that Trump had sex with Daniels, and Trump has denied any knowledge of the payment.

Daniels was present in the courtroom for the hearing on Monday.

The following describes the legal doctrine of attorney-client privilege and whether it may apply to communications between Trump and Cohen and other figures involved in the matter.

WHAT IS ATTORNEY-CLIENT PRIVILEGE?

Attorney-client privilege is a long-standing doctrine of US law that allows the subject of a lawsuit or criminal case to keep their communications with legal counsel private.

Lawyers can invoke the privilege to avoid testifying about conversations with clients or turning over emails or other correspondence. The related work-product privilege covers documents produced in the course of a legal representation.

The traditional justification for attorney-client privilege is that the legal system operates more fairly when people are able to speak candidly with lawyers, said Jens David Ohlin, a professor of criminal law at Cornell Law School.

“If clients feel like whatever they disclose to attorneys will be turned over to authorities, they won’t feel free to talk openly,” Ohlin said.

DOES THAT MEAN ALL COMMUNICATIONS WITH A LAWYER ARE PROTECTED?

No, the privilege only covers communications relating to legal advice, said Lisa Kern Griffin, a former federal prosecutor and a professor at Duke University School of Law.

It does not protect a person’s discussion of business, personal, or financial matters with a lawyer if they are unrelated to a legal representation.

Crucially, attorney-client privilege also does not apply to communications by a lawyer in furtherance of a crime or fraud.

DOES PRIVILEGE MAKE IT HARDER TO GET A WARRANT TO SEARCH A LAWYER’S OFFICE?

Yes. The US Department of Justice has a policy of only raiding law offices if less intrusive approaches, like issuing a request for documents known as a subpoena, could compromise the investigation or result in the destruction of evidence.

Under department policy, the raid of Cohen’s offices required multiple levels of authorization by high-level officials.

“It is very unusual to take such an action,” said Griffin. “It suggests there is deep criminality at issue and real concern that just asking for the documents won’t be enough to ensure they are turned over.”

The application would then need to be approved by a federal judge tasked with determining whether there is probable cause to believe the search would produce evidence of a particular crime.

HOW CAN PROSECUTORS MAKE SURE THEY HAVE NOT IMPROPERLY OBTAINED PRIVILEGED INFORMATION?

Griffin said the search warrant authorizing the raid would have described with specificity the items FBI agents could seize.

Moreover, US courts have said prosecutors must set up a review process to ensure that attorney-client communications are not being improperly used as evidence.

The US Attorney’s Office in Manhattan, which is handling the investigation, will likely have “set up a team of lawyers whose only job and only connection to the case is to determine whether material is privileged or not,” said Ohlin.

This team “would ensure that prosecutors looking into criminality are not exposed to privileged information that could taint their investigation,” said Griffin.

Assessments made by the so-called “dirty team” or “taint team” could be challenged in court by Cohen if he is charged with a crime, Ohlin said.

WHAT IF AGENTS FIND EVIDENCE OF A CRIME THAT IS NOT SPECIFICALLY COVERED BY A WARRANT?

A narrow warrant does not mean prosecutors must disregard evidence of potential crimes they were not initially investigating, said Andrew Wright, former associate counsel in the Obama White House and a professor at Savannah Law School.

“If police have a warrant to search for a gun and go into a person’s house and find drugs, they can use that evidence,” Wright said. “It is the same thing with business records.”

WOULD COMMUNICATIONS RELATING TO COHEN’S WORK FOR HANNITY BE COVERED BY ATTORNEY-CLIENT PRIVILEGE?

Possibly. Hannity said Cohen never represented him in any matter and he never paid him any retainer or fee. The Fox News host said he was longtime friends with Cohen and had occasionally asked him for legal advice.

Ohlin said neither payment nor a formal retainer are necessary to a claim of privilege. “If an individual reasonably believes that they have created an attorney-client relationship with a lawyer, courts are inclined to give that great weight”, he said.

It is not clear that documents related to Hannity will be part of investigation into Cohen.