Lego-styled toys based on Nazi-era German army recently discovered being sold on Amazon in Germany have resulted in an online petition to stop their sale.

A father from Cologne, Manuel Hegel, came across the Lego figures with Nazi symbols on their uniforms and helmets when searching for child-friendly Christmas gifts online.

The toys, with names as "Heinz" and "Wolfgang", are repainted based on real Lego parts and recommended for children above 7-year-old under adults’ supervision. The seller is an independent operator from Frankfurt who used Amazon Marketplace as a distribution channel for his fake toys. And it is said that the seller also manufactures toy soldiers dressed as other countries' World War II soldiers.

According to German laws, the use of Nazi symbols, such as the swastika, Celtic cross and SS series marks, will face punishments range from large fines to time in prison outside the context of "art or science, research, or teaching."

Hegel argued that the toy soldiers could encourage children to accept "one of the most inhumane regimes in world history" and it was horrible to imagine that "such figures will soon be under the Christmas tree and thus could fall into the hands of children." 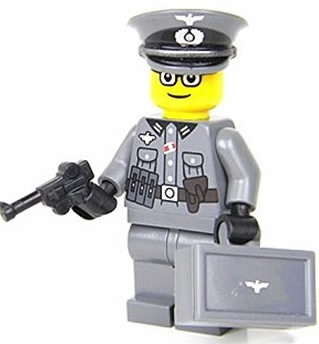 Wehrmacht soldier toys with Nazi symbol are among the items aiming at young children on Amazon. (Photos via Dailymail)

To protest these toys from the platform, Hegel has launched a petition to implore Lego and Amazon to take legal action against third-party sellers who are using Lego parts and logos. The petition has drawn over 1,500 signatures online so far, and under its impact, some of the figures have been removed from German Amazon though dozens are still available now.

Meanwhile, the Lego Group immediately announced a statement clarifying that the offending figures were revealed as fake and did not related to the Lego brand.

"We dissociate ourselves in all form from such products and product modifications, because they contradict the values of the Lego Group," said the press spokesperson Martina Stein. "The LEGO Group would never produce or authorize these products, nor can we endorse them."

Yet, the company did not detail any specific legal action. 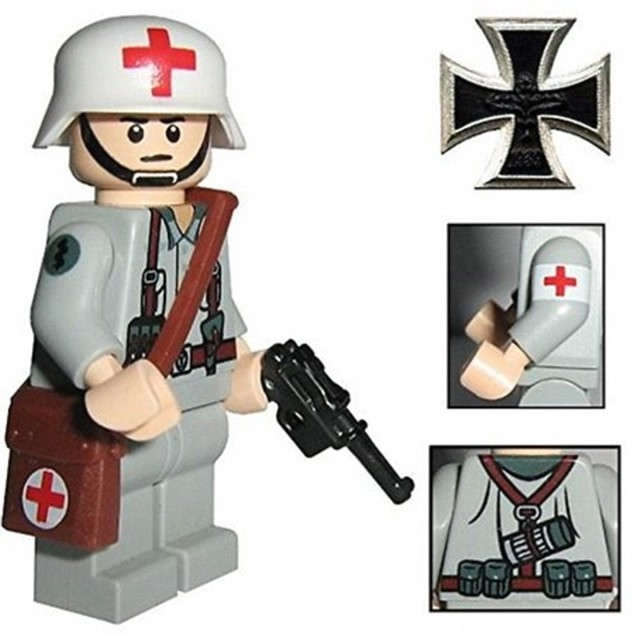 Toys with Lego figures have been painted to look like a World War II Nazi medic sold on Amazon.