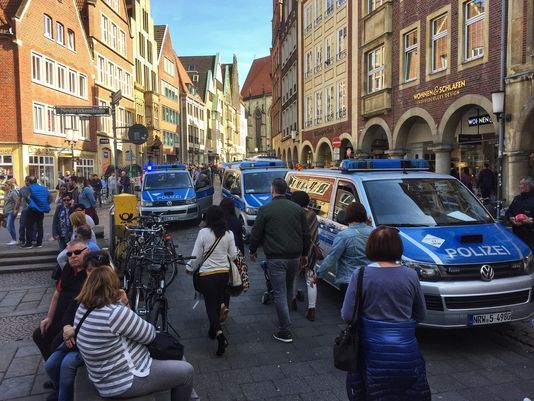 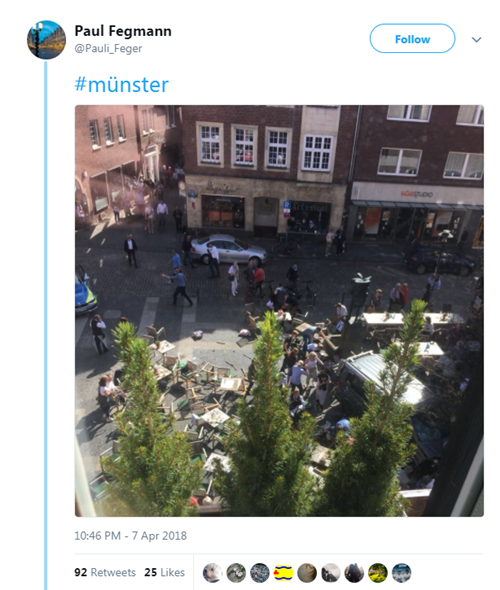 According to Rheinische Post, three dead and up to 30 injured citing a police statement. The "Westfälische Nachrichten" also reported online that there were three deaths.

Ambulances are traveling in the city center. (Photo: AFP)

The alleged suspect had killed himself, said a police spokesman. The police now assume that the danger is over and will not look for more suspects, police spokeswoman added according to Tagesschau. 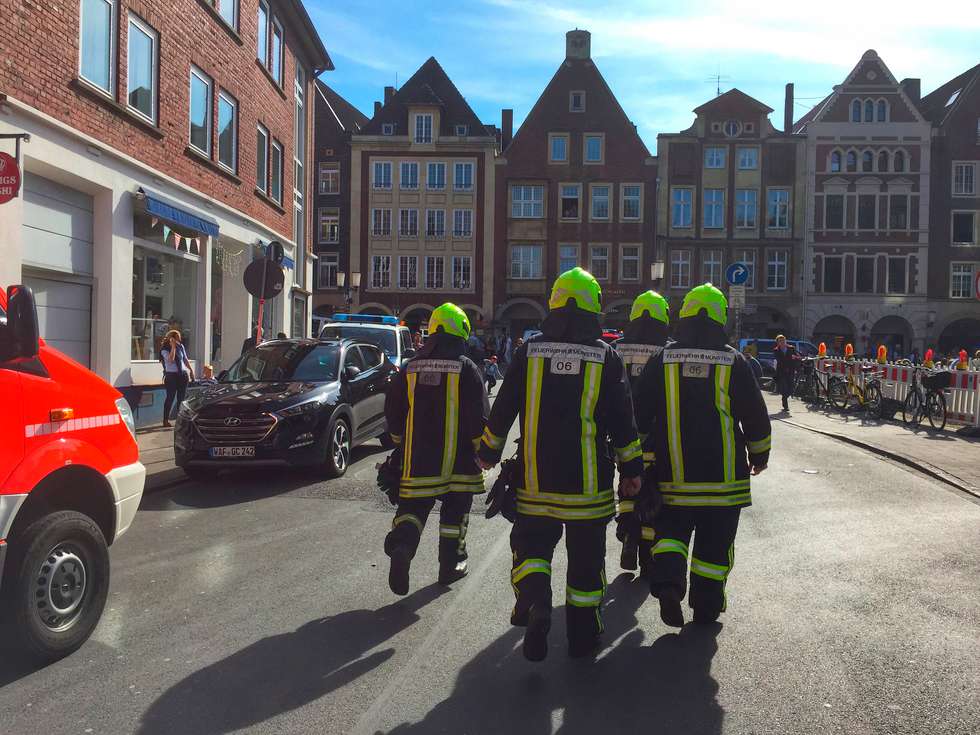 In the center of Münster runs a large-scale deployment of police and rescuers. (Photo: AP)

Firefighters, ambulances and police cars are currently traveling in the city center.

The incident might have been a terrorist attack, the German Rheinische Post said, citing police sources. However, no official confirmation has been issued.

"There are deaths and injured. Please avoid the area, we are on scene," the regional police service said on Twitter. 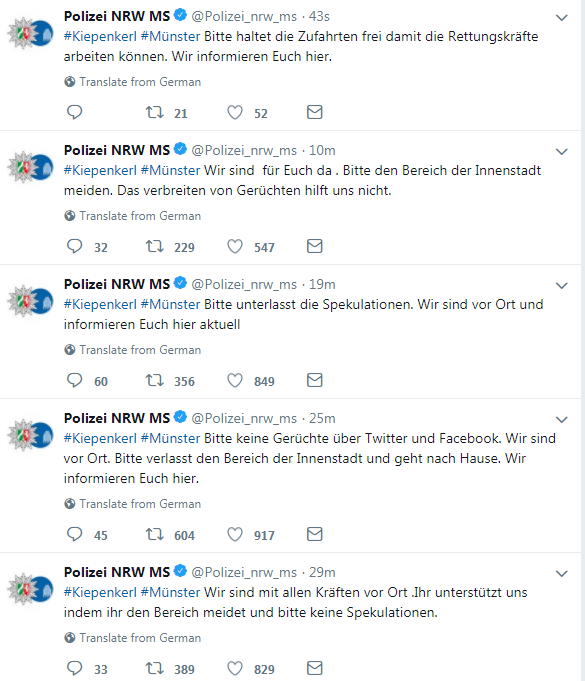 Police urged people to avoid "speculation" about the incident, to stop spreading rumors and to free the entrance for the rescue workers.

Also, police urged people to go home and avoid the area of the inner city.