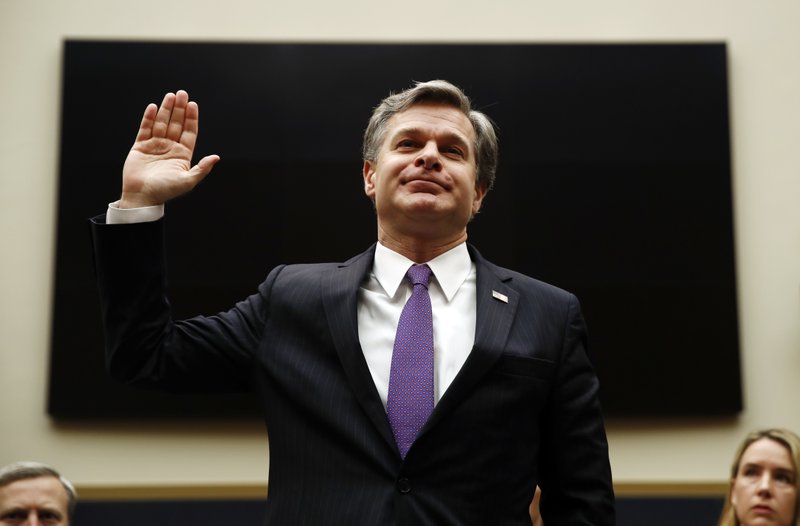 FBI Director Christopher Wray says Congress shouldn’t require agents to get a search warrant in certain cases when they query a database of foreign intelligence.

A key program that authorizes the United States to conduct surveillance of foreigners abroad is expiring at year’s end. The program helps prevent terrorist attacks, but Americans’ communications also are swept up in the process.

A House bill would require FBI agents to get a warrant if they want to review Americans’ communications in domestic criminal investigations cases unrelated to national security.

Wray tells the House Judiciary Committee that the FBI’s current querying of information collected under the program is lawful and constitutional.