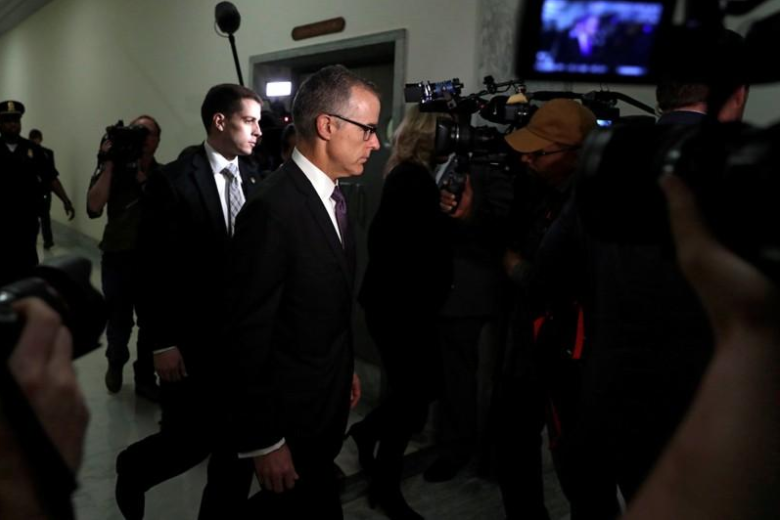 The FBI deputy director Andrew McCabe plans to retire next year, after months of criticism from Republicans in Congress and President Donald Trump, the Washington Post reported on Saturday.

A spokeswoman for the Federal Bureau of Investigation declined to comment.

Republicans in Congress have criticized McCabe and accused him of harboring bias against Trump. Senate Judiciary Chairman Chuck Grassley, a Republican, told reporters this week that he would like McCabe out of the FBI.

McCabe was interviewed behind closed doors on Tuesday by the House Intelligence Committee, which is conducting one of the main congressional investigations into Russia, the 2016 US election and whether Trump’s election campaign colluded with Moscow.

He also appeared for a closed-door interview on Thursday with the House Judiciary and Oversight Committees after Republicans asked him to discuss the bureau’s handling of a probe into Hillary Clinton’s use of a private email server when she was secretary of state.

McCabe served as acting director of the FBI after Trump fired former FBI director James Comey in May. In a tweet in July, Trump asked why his Attorney General, Jeff Sessions, did not replace McCabe, who Trump described as Comey’s friend. The FBI is part of the Justice Department. Trump tweeted this month that the FBI’s reputation “is in Tatters.”

The Republican-led House Judiciary and Oversight committees announced in October they were launching new investigations into a number of long-standing political grievances, including concerns over the FBI’s handling of the Clinton email investigation.

Republicans have said they want to get to the bottom of why Comey publicly discussed the Clinton investigation and announced that the bureau would not seek to bring charges.

Critics say the Republicans’ focus on Clinton is merely a tactic to distract from Special Counsel Robert Mueller’s investigation into Russian meddling in the 2016 presidential election.

Moscow has denied any such activity, and Trump has dismissed talk of possible collusion as a “witch hunt” led by Democrats disappointed about his election victory.