FBI in public fight with Trump over releasing Russia memo 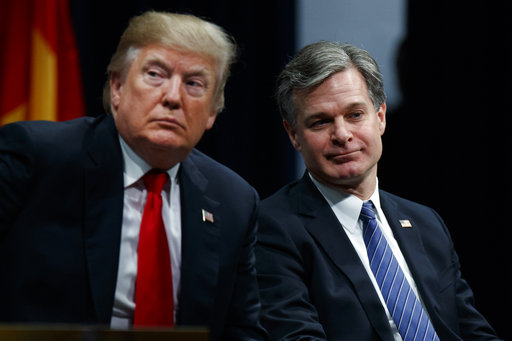 As a public clash between President Donald Trump and the FBI simmered, the White House said Thursday a separate dispute with House Democrats over edits made to a classified memo on the Russia investigation won’t affect the timeline of a national security and legal review of the document.

Accuracy of the classified memo is in doubt: FBI

Trump has said he wants the memo released despite the objections of the FBI and the Justice Department. The FBI declared Wednesday that it has “grave concerns” about the accuracy of the memo.

The FBI’s short and sharp statement, its first on the issue, laid bare a Trump administration conflict that had previously played out mostly behind closed doors in meetings between top Justice Department and White House officials.

“As expressed during our initial review, we have grave concerns about material omissions of fact that fundamentally impact the memo's accuracy,” the FBI statement reads.

Further complicating the memo’s release, the senior Democrat on the House intelligence committee said late Wednesday that his committee’s vote to release the memo was now invalid because it was “secretly altered” by Republicans who wrote it. California Rep. Adam Schiff said in a letter to House Intelligence Committee Chairman Devin Nunes that committee Democrats had discovered changes that were made after the panel voted Monday to send it to Trump for review.

A spokesman for Nunes said the changes were “minor edits to the memo, including grammatical fixes and two edits requested by the FBI and by the minority themselves.”

The spokesman, Jack Langer, said the committee vote was “procedurally sound,” and “to suggest otherwise is a bizarre distraction from the abuses detailed in the memo, which the public will hopefully soon be able to read for themselves.”

Trump has five days from the vote to review the document. If he doesn't object, then Congress can release it. Trump himself already has urged the release of the memo, and it could come sooner. But Schiff has called on Nunes to withdraw the memo from the White House and for the committee to hold a new vote next Monday.

The memo is part of an effort to reveal what Republicans say are surveillance abuses by the FBI and the Justice Department in the early stages of the investigation into potential ties between Russia and the 2016 Trump presidential campaign.

Speaker of the House Paul Ryan, R-Wis., joined at left by Majority Whip Steve Scalise, R-La., answers questions at a news conference as he defends a vote by Republicans on the House intelligence committee to release a classified memo on the Russia investigation, at the Capitol in Washington, Tuesday, Jan. 30, 2018. Ryan told reporters that "there may have been malfeasance at the FBI by certain individuals." (Photo: AP)

The FBI's stance on the memo escalates the dispute and means Trump would be openly defying his hand-picked FBI director by continuing to push for its disclosure. It also suggests a clear willingness by FBI Director Christopher Wray, who in the early stretch of his tenure has been notably low-key, to challenge a president who just months ago fired his predecessor, James Comey.

The FBI statement came the day after Trump was overheard telling a congressman that he “100 percent” supported release of the four-page memo.

Senate Democratic Leader Chuck Schumer on Wednesday night placed the blame on House Speaker Paul Ryan, saying that if Ryan “cares about the integrity of the House or the rule of law, he will put an end to this charade once and for all.”

Democrats have called the memo a “cherry-picked” list of GOP talking points that attempts to distract from the committee’s own investigation into Russian meddling in the election that sent Trump to the White House.

The drama comes as special counsel Robert Mueller also is investigating whether the Trump campaign improperly coordinated with Russia during the campaign and whether Trump sought to obstruct the inquiry by, among other actions, firing Comey.

Earlier this week, Wray and Deputy Attorney General Rod Rosenstein made a direct appeal to White House chief of staff John Kelly not to release the memo, warning that it could set a dangerous precedent.

But the president has been undeterred.

Television cameras captured Trump, on the House floor after the State of the Union address, telling South Carolina Rep. Jeff Duncan that he backed the release. When Duncan implored him to “release the memo,” Trump said: “Oh yeah, don’t worry. 100 percent.”

White House spokeswoman Sarah Huckabee Sanders told CNN Wednesday that a legal and national security review of the document was continuing. Trump had not read the memo as “as of last night prior to and immediately after the State of the Union,” she said.

White House chief of staff Kelly said Wednesday on Fox News Radio that he expected the memo to be released “pretty quick.”

Trump has been telling confidants in recent days that he believes the memo will validate his concerns that the FBI and Justice Department had conspired against him, according to one outside adviser familiar with those conversations but not authorized to speak publicly about private discussions.

The president also has told allies that he believes the memo bolsters his belief that accusations of collusion between his campaign and Russian officials are false and part of a conspiracy to discredit his election.

To release or not to release that is the question 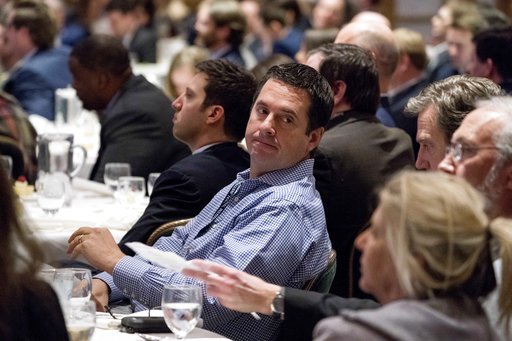 On Wednesday afternoon, Nunes fired back at the law enforcement agencies, calling the FBI and Justice Department objections “spurious.”

“It’s clear that top officials used unverified information in a court document to fuel a counter-intelligence investigation during an American political campaign,” Nunes said. “Once the truth gets out, we can begin taking steps to ensure our intelligence agencies and courts are never misused like this again.”

Nunes stepped aside from leading the committee’s investigation last April amid an ethics investigation into whether he had improperly disclosed classified information. He was later cleared and resumed his leadership role.

The White House counsel’s office has been in possession of the memo, officials say. The National Security Council is leading a review, which will also involve the White House legal team.

The vote to release the memo was unprecedented in the committee’s history. The panel usually goes out of its way to protect classified information in the interest of shielding intelligence sources and methods.

In the hours before the Monday vote, Rosenstein and Wray warned Kelly that releasing the memo could set a dangerous precedent, according to a person familiar with the conversation. Rosenstein also told Kelly the memo didn't accurately characterize the FBI's investigative practices, the person said.

The Justice Department had said in a letter last week that it would be “extraordinarily reckless” to release the memo without first giving the FBI and the department the chance to review it.

After those complaints, Wray reviewed the memo over the weekend. Rep. Trey Gowdy, R-S.C., who was with him when he reviewed the memo, said the FBI director did not raise any national security concerns. Gowdy said the memo doesn’t reveal any intelligence methods but does reveal “one source.”