HEADLINE Fears of fresh violence ahead of new Gaza protest

Fears of fresh violence ahead of new Gaza protest 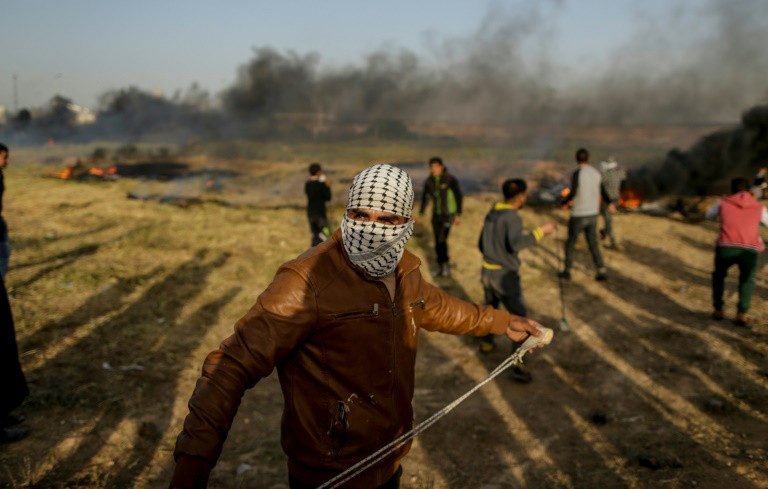 A Palestinian protestor uses a slingshot to throw a stone during clashes with Israeli forces at the Israel-Gaza border east of Gaza City on April 4, 2018. (Photo: Reuters)

Palestinians readied Thursday for new protests along the Gaza border and Israel warned that its open-fire rules would not change as fears of fresh violence rose a week after the bloodiest day in years.

Thousands of Palestinians are again expected to gather at five spots near the Gaza border on Friday, while Israeli soldiers and snipers will take up positions on the other side of the fence.

Protest organisers said they were planning to try to stop smaller numbers of protesters approaching the fence and hurling stones or rolling burning tyres at Israeli troops, who killed 18 Palestinians last Friday.

It was the bloodiest day since a 2014 war. Another two Gazans have been killed since.

But widespread social media calls for protesters to bring tyres to burn and Israel's pledge to prevent damage to the fence and infiltration attempts have raised fears of more deaths.

Young Palestinians have been gathering tyres and carting them near the border to burn and create a smokescreen to make it harder for Israeli snipers.

Some have been walking the streets collecting money to buy tyres.

"If there are provocations, there will be a reaction of the harshest kind like last week," Lieberman told public radio.

"We do not intend to change the rules of engagement."

Last Friday's protest near the Gaza border was attended by tens of thousands of Palestinians.

A smaller number strayed from the main protest and approached the heavily fortified fence on the border with Israel.

Israel says troops opened fire only when necessary against those throwing stones and firebombs or rolling tyres at soldiers.

It said there were attempts to damage the fence and infiltrate Israel, while alleging there was also an attempted gun attack against soldiers along the border.

It accuses Hamas, the Islamist movement that runs the Gaza Strip and with whom it has fought three wars since 2008, of using the protests as cover to carry out violence.

But questions have mounted over Israel's use of live fire, with Palestinians saying protesters were fired on while posing no threat to soldiers.

Rights groups have criticised the army's actions, while the European Union and UN chief Antonio Guterres have called for an independent investigation.

On Thursday, an Israeli rights group launched a prominent campaign calling on soldiers to refuse to fire on unarmed Palestinians.

The campaign led Israel's public security minister to suggest the rights group, B'Tselem, should be investigated for calling for sedition.

Hamas has meanwhile offered compensation of $3,000 to the families of protesters killed and $500 for those seriously injured.

The protests calling for Palestinian refugees to be able to return to their former lands in what is now Israel are supposed to last six weeks, coinciding with the expected opening of the new US embassy in Jerusalem in mid-May.

The US embassy move has led to deep anger among Palestinians, who see the annexed eastern sector of Jerusalem as the capital of their future state. 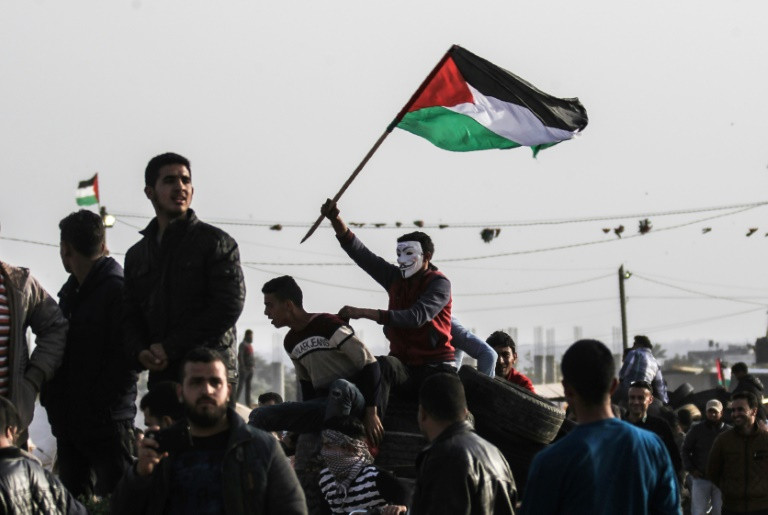 A Palestinian protester waves the national flag at the site of a tent protest in the southern Gaza Strip on April 4, 2018. (Photo: Reuters)

Asaad abu Sharkh, a spokesman and member of the organising committee of the protests dubbed the Great March of Return, said better attempts will be made on Friday to keep Gazans from approaching the fence.

"I think this was a mistake, a mistake of organisation from us because we shouldn't have let people (go to the border)," he said.

"But at the same time we were not expecting the Israelis to shoot to kill."

He added that "I don't think there is going to be another massacre."

Israel says more than half of the dead were members of militant groups, including the armed wing of Hamas.

Hamas's armed wing has claimed only five of them, saying they were participating "in popular events side-by-side with their people".

Militant group Islamic Jihad has claimed at least one of the dead as a member, but said he was not carrying a weapon when he was shot.

Smaller protests have continued since Friday, while preparations for the large demonstration for this coming Friday have also been underway.

On Wednesday, a few hundred people gathered near the border east of Gaza City, with some performing the traditional Palestinian dabke dance near specially erected tents. 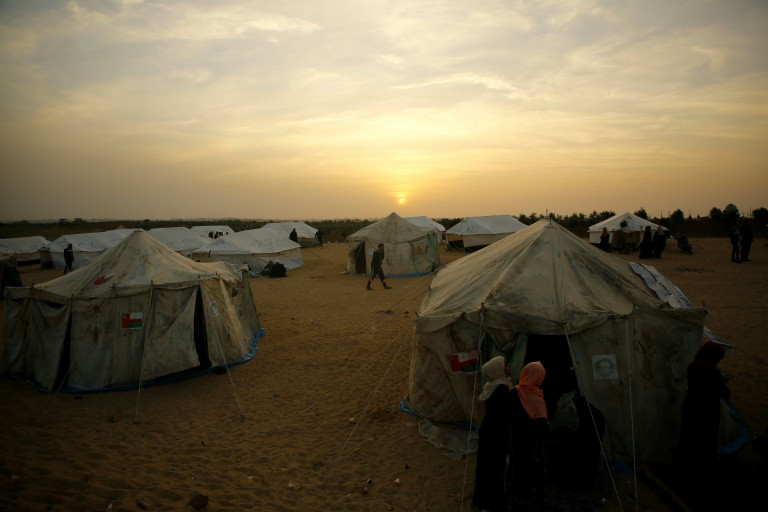 A newly married couple celebrated by driving near the crowd, while a group of children sang the Palestinian chant of "To Jerusalem we go, with millions of martyrs."

Closer to the fence, dozens of mostly young men hurled stones in the direction of Israeli soldiers leaning over a ridge on the other side of the dusty border.

A 50-year-old, who would only give his name as Abu Mohammed, was trying in vain to reflect the light off a small mirror into the snipers' eyes.

Like other protesters, 21-year-old Mutassim Abu Qumboz cited the crippled economy in the blockaded enclave as his reason for coming out.

He said he knew the protest was unlikely to achieve anything in the short term, but "we will send a message."