HEADLINE Federer joins Djokovic, Sharapova in 2nd round in Australia

Federer joins Djokovic, Sharapova in 2nd round in Australia 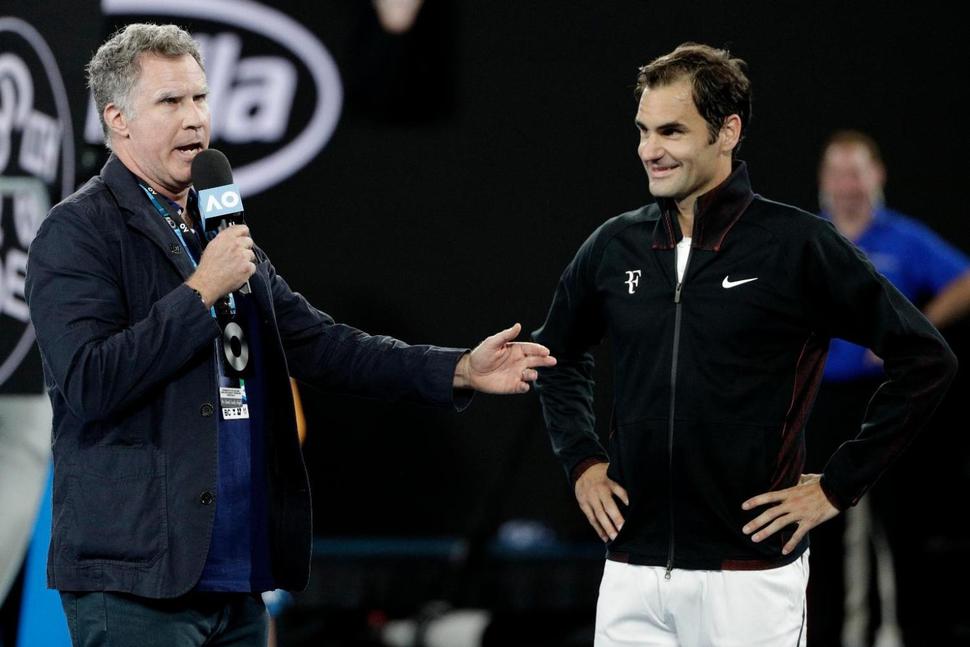 Roger Federer picked up where he left off at the Australian Open on a day when Maria Sharapova and Novak Djokovic helped ensure there were all kinds of comebacks.

On Tuesday night, he got something different. Comedian Will Ferrell stepped out of the crowd and, slipping into character as Ron Burgundy from the movie Anchorman, conducted the post-match interview.

Sharapova barely missed a beat in her first match in Melbourne since a failed doping test here in 2016 resulted in a 15-month ban from tennis.

The five-time major winner recovered from an early break in the second set and closed out her 6-1, 6-4 victory over Tatjana Maria with an ace.

"It's been a couple of years since I've been back here — obviously I wanted to enjoy the moment," the 2008 Australian Open champion said after blowing kisses to the crowd.

Former No. 1-ranked Kerber, the 2016 Australian Open winner, continued her resurgent run with a 6-0, 6-4 victory over Anna-Lena Friedsam to extend her streak to 10 consecutive wins.

"Something is going on with Australia and me," said former No. 1-ranked Kerber, who the Sydney International last week for her first title since the 2016 U.S. Open.

Djokovic tweaked his service motion while recovering from an injured right elbow, and used it to good effect in a 6-1, 6-2, 6-4 win over Donald Young.

Djokovic lost in the second round here last year, but won five of the previous six Australian Open titles.

"Obviously I wanted to start with the right intensity, which I have," Djokovic said. "I played perfect tennis, like I never stopped."

Madison Keys reversed a trend, becoming the only one of the four American women who contested the U.S. Open semifinals four months ago to reach the second round in Australia.

No. 17-seeded Keys, the U.S. Open runner-up, advanced with a 6-1, 7-5 win over Wang Qiang and will be one of four American women in the second round.

Top-ranked Simona Halep had to save set points at 5-2 down in the first set, and badly twisted her left ankle early in the second, before beating teenage wild-card entry Destanee Aiava 7-6 (5), 6-1.

"It's always really cool to go up against the best in the world," Bouchard said. "I want to ... go out there and do some damage."

Sharapova was banned after testing positive for the drug meldonium when she was here in 2016, and finished last year ranked No. 60 following a return to Grand Slam tennis at the U.S. Open.

Sharapova will next play No. 14-seeded Anastasija Sevastova, who beat her at last year's U.S. Open.

"I felt like I have got a lot of things out of the way physically and emotionally and mentally last year with — there was a lot of firsts again for me, playing the first tournament, first Grand Slam, and just different feelings and what it would be routinely," Sharapova said. "But it felt pretty routine today."