HEADLINE Ferry with 251 aboard capsizes off Philippines

Ferry with 251 aboard capsizes off Philippines 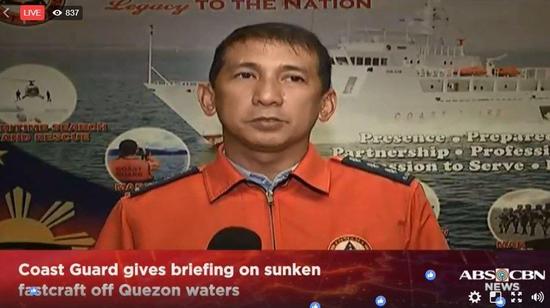 A ferry carrying 251 passengers sunk off Philippines' Quezon province on Thursday, a spokesman for the Philippine Coast Guard (PCG) said.

PCG spokesman Armand Balilo told reporters that there are media reports saying a number of passengers were drowned but they are yet to be confirmed.

"We heard reports that there are casualties but we are still validating it," Balilo said.

He said a rescue operation is still going on. "Three rescue boats are on the way to the accident site, some eight to nine miles from the shoreline," he added.

He said the ferry left a port in Real town, Quezon, and was on the way to Polilio, an island in the northeastern region of the Philippine archipelago which is separated from Luzon island by the Polilio Strait.

Balilo said authorities are looking into the cause of the accident. However, he said it could be due to the inclement weather.