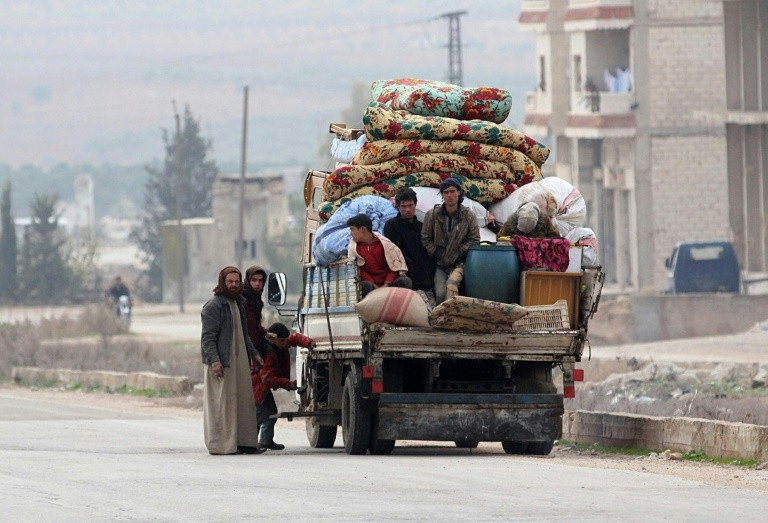 Syrian flee heavy fighting between government forces and mainly jihadist rebels, heading for the northwestern city of Idlib away from the front line on December 29, 2017. Photo: AFP/Omar Haj Kadour

Intense fighting killed dozens of people on the edge of the last Syrian province entirely outside government control as aid workers completed a series of medical evacuations from another rebel-held area on Friday.

Government and allied forces backed by Russian warplanes took on mostly jihadist fighters in an area straddling the border between Idlib and Hama provinces.

The fighting, which could signal the start of a major offensive to wrest Idlib province from rebels dominated by a former Al-Qaeda affiliate, escalated on Thursday.

According to the Syrian Observatory for Human Rights, at least 68 people have been killed since then and the clashes, centered around an area called Al-Tamana, continued on Friday.

At least 21 civilians were among the dead, said Rami Abdel Rahman, who heads the Britain-based monitoring organisation.

They were killed in air strikes carried out by Russian warplanes and by barrel bombs dropped by Syrian aircraft, he said. 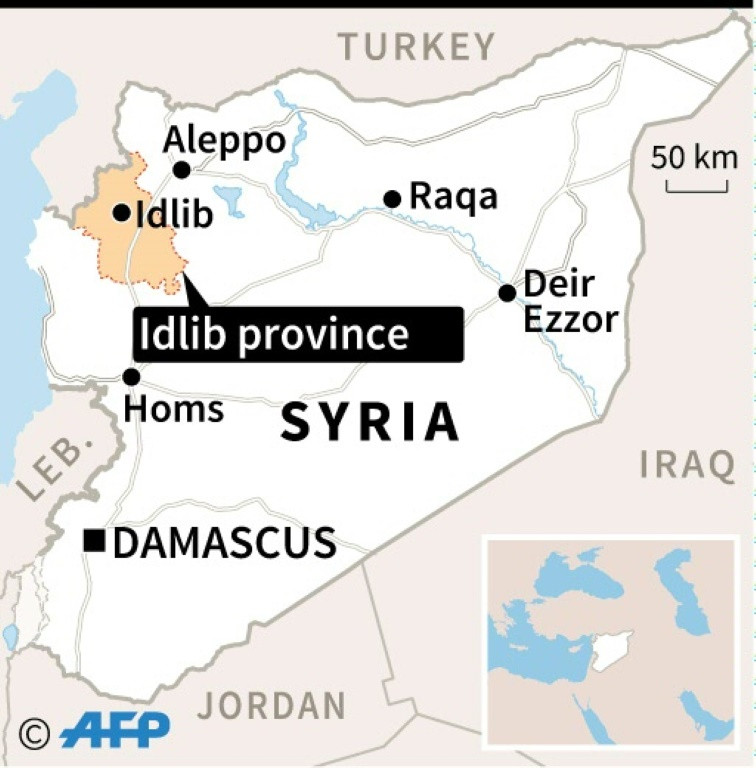 He said 27 soldiers and members of allied paramilitary units were killed in the fighting as well as 20 rebels, from Islamist groups or from former Al-Qaeda affiliate Fateh al-Sham.

Abdel Rahman said the latest deaths brought the number of civilians killed in the area since Monday to 42 and the death toll among combatants to 90.

The intensifying fighting in the area appeared to signal the start of a government offensive in Idlib province.

An AFP correspondent near the front line said aerial activity was intense and the entire area rocked by frequent air strikes.

Rebel leaders issued warnings through loudspeakers informing remaining civilians in the area that the mainly weekly Muslim prayers were cancelled and all residents should stay home.

Hundreds of civilians fled the scattering of villages in the area, creating queues of cars and pickup trucks loaded down with bags and furniture on the roads towards the city of Idlib.

"The air strikes haven't been that intense in months in this area," said Abdel Rahman, adding that the immediate goal of the latest regime push was to retake control of the southeast of the province. 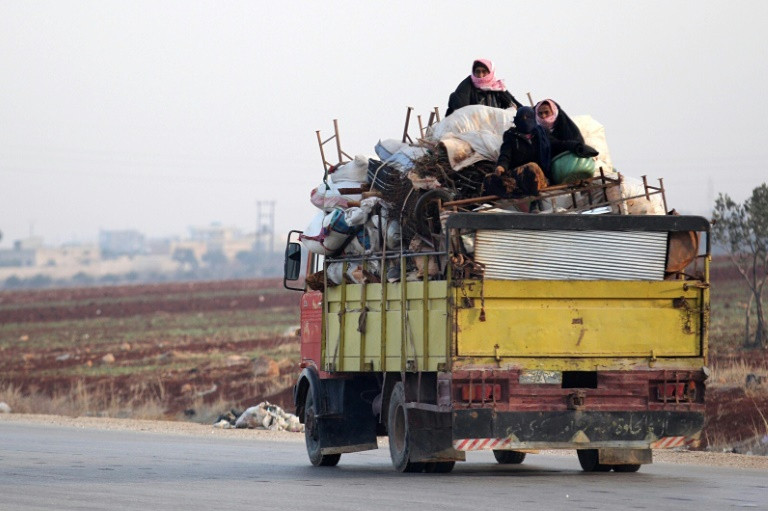 The Islamic State jihadist group, which proclaimed a caliphate over swathes of Syria and Iraq in 2014, has now lost almost all the land it once controlled.

But other factions opposed to the regime of President Bashar al-Assad still control pockets scattered across Syria, the largest one being Idlib province, which borders Turkey.

Another is Eastern Ghouta, a small enclave east of the capital Damascus, which is controlled mostly by rebels from the Jaish al-Islam group and where around 400,000 residents still live.

The humanitarian situation there has deteriorated sharply in recent months and on Friday aid workers completed a series of medical evacuations of some of the most critical cases.

The last 13 in a group of 29 priority patients were evacuated, together with 56 members of their entourage, during the night of Thursday to Friday, a health official in Eastern Ghouta said.

They were deemed among the most pressing cases on a list of around 500 people the United Nations said last month could die without urgent treatment outside the enclave, which has been besieged for four years.

A crowd of residents gathered at night around the ambulances to see their relatives and neighbors one last time. 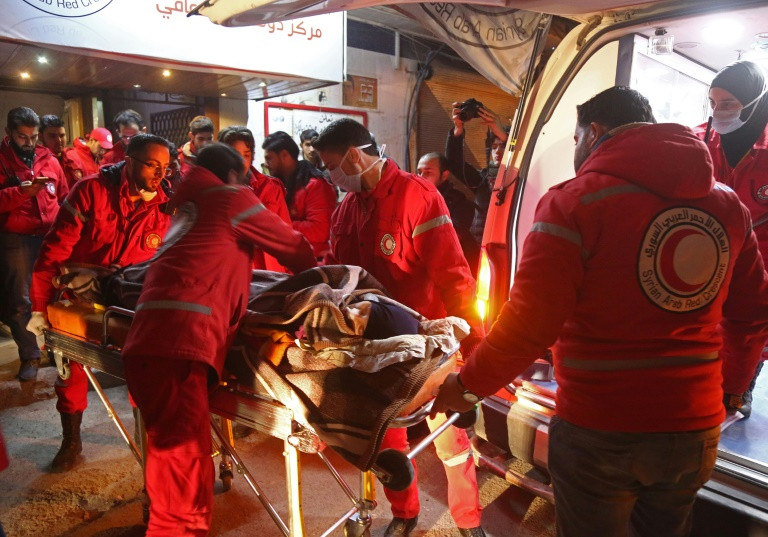 Volunteers from the Syrian Arab Red Crescent load a sick civilian into an ambulance in Douma on the third night of evacuations from the besieged rebel enclave of eastern Ghouta on the outskirts of the capital Damascus late on December 28, 2017. Photo: AFP/Amer Almohibany

Red Crescent nurses attended to Marwa, a 26-year-old woman suffering from meningitis, who was being stretchered onboard and given respiratory assistance.

Among the patients who made it out were Fahed al-Kurdi, a 30-year-old man with cancer, and Zuheir Ghazzawi, a 10-year-old boy who also has cancer and had a leg amputated.

According to the Observatory, the patients were evacuated as part of a deal that saw the rebels who control Eastern Ghouta release hostages and prisoners.

There were also 29 of them, including workers who were detained earlier this year and pro-government fighters captured by rebels in the area, in some cases years ago.

The ICRC welcomed the evacuation as "a positive step".

"But more needs to be done. The needs of civilians should come first, be it in Ghouta or elsewhere in Syria, and access to aid should be allowed on a more regular basis and without conditions," Syria head of delegation Marianne Gasser said.

The deal had raised concern, including from UN envoy Jan Egeland, that sick civilians were being used as bargaining chips.