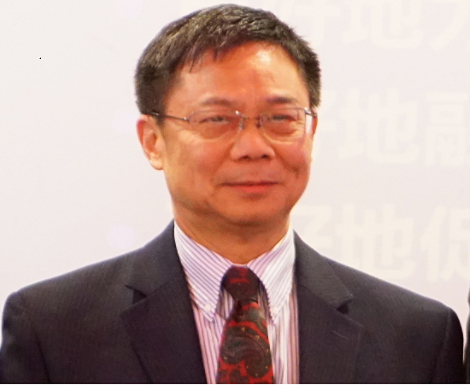 Los Angeles (People's Daily) - Ke-Qin Hu, professor of medicine and director of Hepatology Services at University of California, Irvine, was recently elected president of the USA Chinese Scholar Association, one of the most prestigious associations of Chinese-American scholars with nearly 200 members.

Shortly after Hu graduated from high school in China, he dove right into “Up to the Mountains and Down to the Countryside,” a policy aimed at sending younger generations to the countryside and farming villages, beginning in the 1950s and running for two decades.

Working in harsh village conditions, Hu witnessed firsthand the effects of liver disease that claimed the lives of many.

The experience fostered Hu’s ambition to fight the disease and help others cope with their suffering.

“I found many villagers who were suffering from liver diseases like Hepatitis A or B. It was heartbreaking to see children lose their fathers, or parents lose their kids,” Hu said.

In 1977, fate dealt Hu a card that would change his life forever. It was during this year that China resumed their college entrance examinations. Thanks to the new policy, he was able to attend Wuhan Medical College, and ever since has focused on liver disease research.

Hu made additional career steps after he traveled to the US and studied molecular biology at the University of Colorado Health Sciences Center in 1988.

“During those years in the US, I learned there was a huge gap in hepatology research between China and the US,” Hu said.

“In terms of clinical treatment and pathological research, the US held a huge advantage over China. American doctors are the products of a standardized training system. In comparison, personal experience was playing an important role in the diagnostic process for many Chinese doctors,” Hu shared.

As a member of the American Board of Internal Medicine, Hu’s reputation among his medical peers within the fields of hepatology, microbiology, and immunology was of the highest standards.

And yet he wasn’t satisfied with what he had achieved in the US. After giving it much thought, Hu decided he would return to China and give something back to his country.

He participates in lectures and medical conferences and is active among his counterparts across China.

“Through years of development, Chinese have made huge progress in medical science, such as liver disease treatment. But we shall not let our guard down, as Asians are a high-risk Hepatitis B demographic.”

As Hu explained, about 30 years ago, 10 to 20 percent of the total population in China was living with Hepatitis B.

Today, due to the widespread use of the Hepatitis vaccination, only one percent of the population lives with the liver infection.

Hu owes his success to knowledge, interest, and love.

“A doctor should always have sympathy for patients, treating them as members of your own family, and cater to their needs with all of your focus,” Hu said.

Hu recommends for Chinese academics in the US to make wise use of the multicultural advantages. Their bilingual skills are an advantage as they can better understand Chinese patients, both linguistically and culturally.

“Studying in the US will certainly provide a language barrier for most, but once you overcome it, it’s an advantage that will eventually pay you back, “ Hu said.

Hu has always been enthusiastic about contributing to the Chinese-American community. As the newly-elected president of USA Chinese Scholar Association, Hu presided over their 2018 Chinese Lunar New Year Gala on February 24.

Zhang Taiqing, Education Counselor at the Chinese Consulate General in Los Angeles, was also in attendance.

During the event, members of the distinguished scholar association entertained guests with singing, calligraphy and poetry reading.