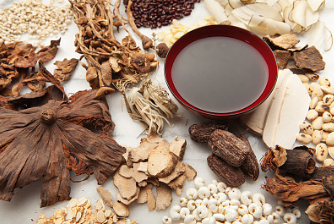 Have you been struggling to crack the nail-biting habit?

Don’t worry about it in China as herbalists see fingernails as traditional medicine.

A laryngitis medication listing nails among its ingredients has recently gone viral, which triggered confusion, before experts explained its detoxicating mechanisms of clearing "toxic heat" with a long clinical history dating back to the Tang Dynasty.

It seems you can tell people you are taking herbal medicine when nipping at your fingernails.

The laryngitis medication called "Houyanwan", priced at 16 yuan (around $2.5), is a prescription drug and was approved by China's State Food and Drug Administration (SFDA) in 2015.

"The nails are sterilized and disinfected before using", said a staff of Beijing Tongrentang, the country's largest producer of traditional Chinese medicine (TCM), noting that toenails are no use.

According to the attached literature, the medicine can soothe sore throats,  amygdalitis and boils.

"The therapy was recorded in several important ancient archives", said Lu Xianming, a professor of medicine at Chengdu University of TCM. According to Lu, fingernails were recommended together with hair and human milk by Compendium of Materia Medica, the most comprehensive Chinese herbology volume in history.

"But they are rarely used now", Lu said, adding that only hair is still in use to stop bleeding, but only natural hair.

According to local media, the medication is quite popular and out of stock in many stores.