Fire at building site of new Egyptian museum put out 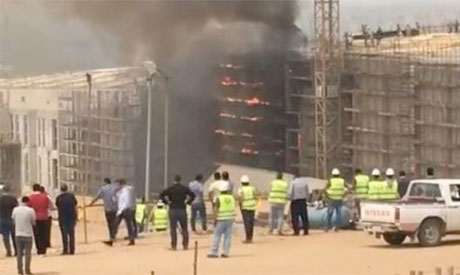 People’s Daily(CAIRO) - A big fire broke out at the construction site of Egypt’s new national museum on Sunday was quickly extinguished, with no casualties reported and no damage to the museum itself, according to local media Ahram Online.

The country’s Ministry of Antiquities is reported to publish a detailed report on the causes of the blaze. All workers have been evacuated from the building.

The new Grand Egyptian Museum, currently under construction by a Japanese company near the Giza Pyramids, is planned to partially open this year.

According to Tarek Taufik, Director of the new museum, due to limited space, only 50,000 out of 100,000 artifacts collected in the museum will be exhibited, with the remainder stored in warehouses for research and cultural exchanges. Around 30,000 artifacts will be displayed for the first time. The full opening of the museum is expected in 2022.