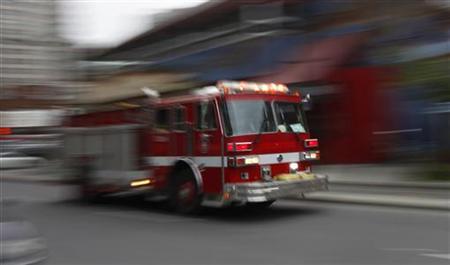 There were no known injuries caused by the blaze at 15 Old House Lane, said Sergeant Arthur Mendoza of the New Castle Police Department, adding that he could not immediately provide more details.

The local Journal News, citing radio transmissions from the emergency services, said the fire was in a bedroom and that it had been extinguished.