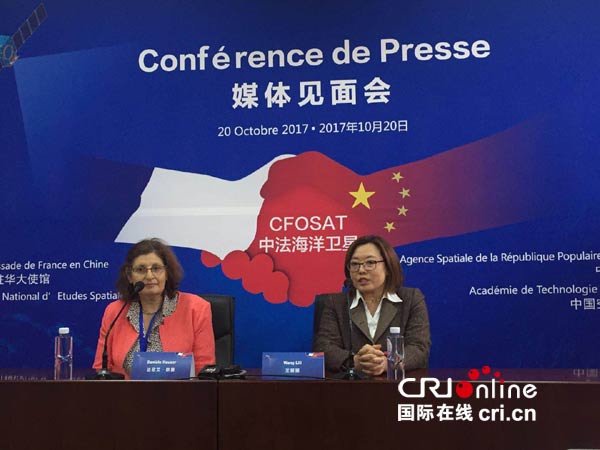 The press conference on October 20, Huairou, Beijing about the CFOSAT. (Photo: CRI Online)

BEIJING--October 20, the press conference for the CFOSAT (China-France Oceanography SATellite) is held in Huairou District, Beijing. 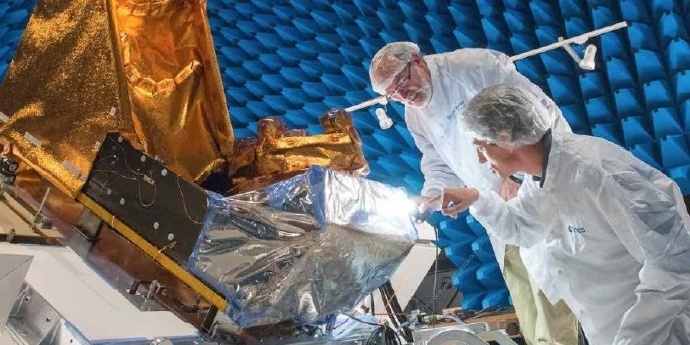 From October 18 to 20, 65 scientists from China, France and other European countries participated in the 5th scientific seminar of CFOSAT. French Ambassador in China Mr. Jean-Maurice Ripert and joint administrator of the CNSA (China National Space Administration) Mr.Tian Yulong kicked off the seminar. 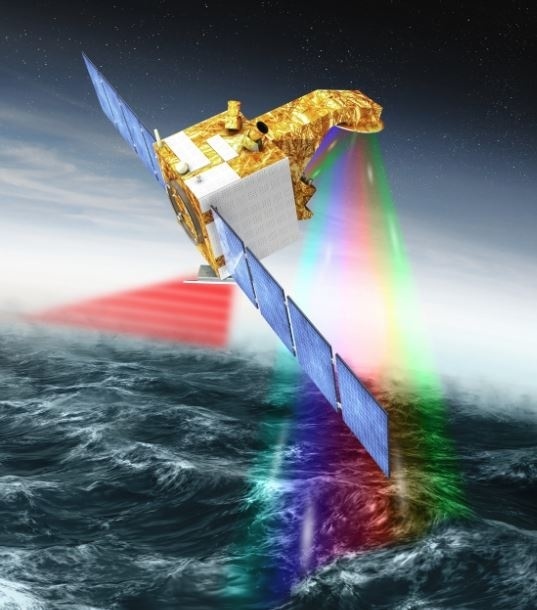 The design sketch of CFOSAT. (Photo: French Embassy in China)

As the first satellite cooperated by the CNSA and CNES (Centre National d'Etudes Spatiales), CFOSAT will be placed into its orbit in 2018 to study physical characteristics of winds and waves on the ocean surface, with a 3-year mission lifetime. The orbit is sun synchronous at an altitude of 520km. CFOSAT will enable more reliable sea-state forecasts and yield new insights into ocean-atmosphere interactions.

According to CNES, CFOSAT will carry two radar instruments: SWIM (Surface Waves Investigation and Monitoring), a wave scatterometer supplied by CNES; and SCAT (wind SCAT terometer), a wind-field scatterometer supplied by CNSA. SWIM's 6 rotating beams will enable it to measure wave properties (direction, wavelength, etc.), while SCAT will measure wind intensity and direction. The data will be downlinked to French and Chinese receiving stations. These data will allow scientists to achieve more accurate ocean forecasts and give earlier warning of severe weather events like storms and cyclones, especially in densely populated regions. CFOSAT will also help climatologists to learn more about exchanges between the oceans and atmosphere, which play a key role in climate.