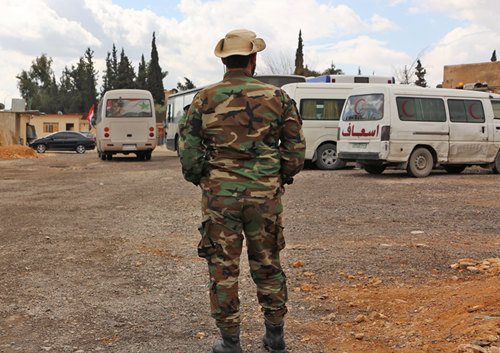 A member of the Syrian government forces stands near safe corridors in Eastern Ghouta region on February 27, 2018. (Photo: Stringer/ AFP)

The Syrian Observatory for Human Rights monitoring group said the victim was a boy in the town of Jisreen, where seven people were also wounded.