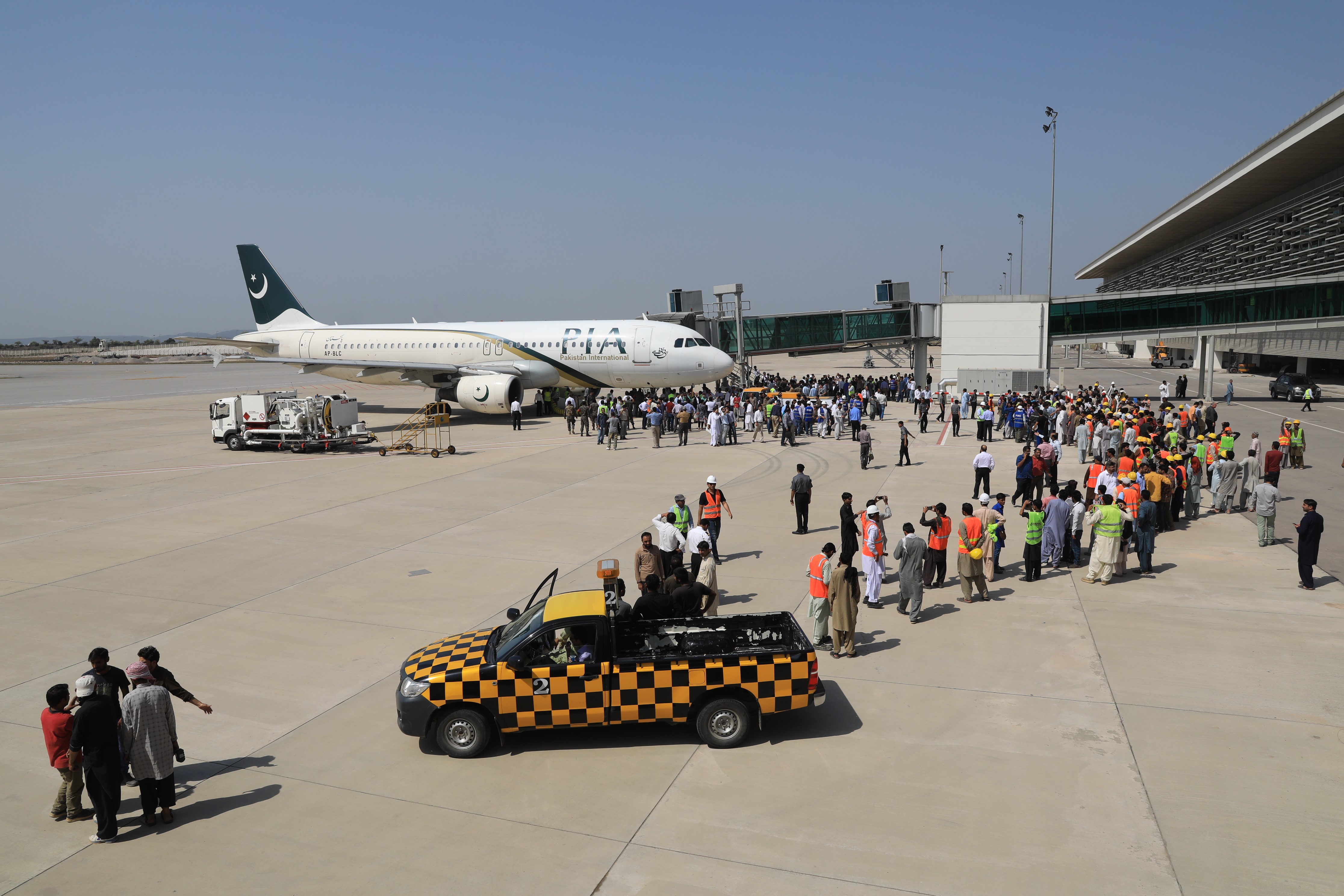 The mock flight was carried out by an A320 aircraft from Pakistan International Airlines. After taking off from Benazir Bhutto International Airport, the aircraft successfully landed at the new airport earlier this afternoon.

Li Gang, a representative from the CSCEC Islamabad Office, told People’s Daily that the new airport will be capable of handling nine million passengers each year, which will greatly increase the number of visitors to the capital city.

Once put into operation, the capital city’s new airport will be the largest in the country in terms of landing and passenger handling facilities. 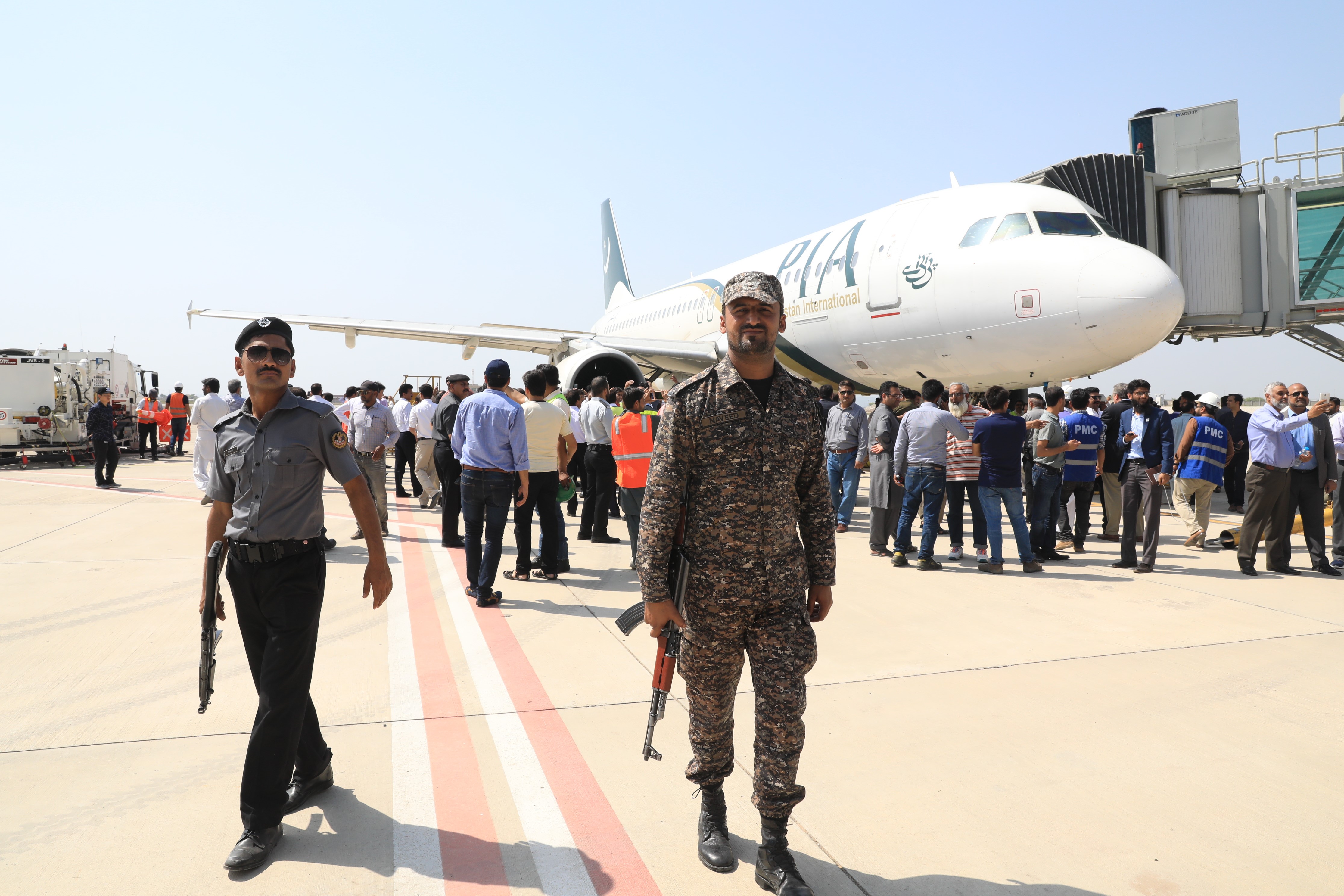 Precautionary measures have been taken during the mock flight. (Photo: Ding Xuezhen) 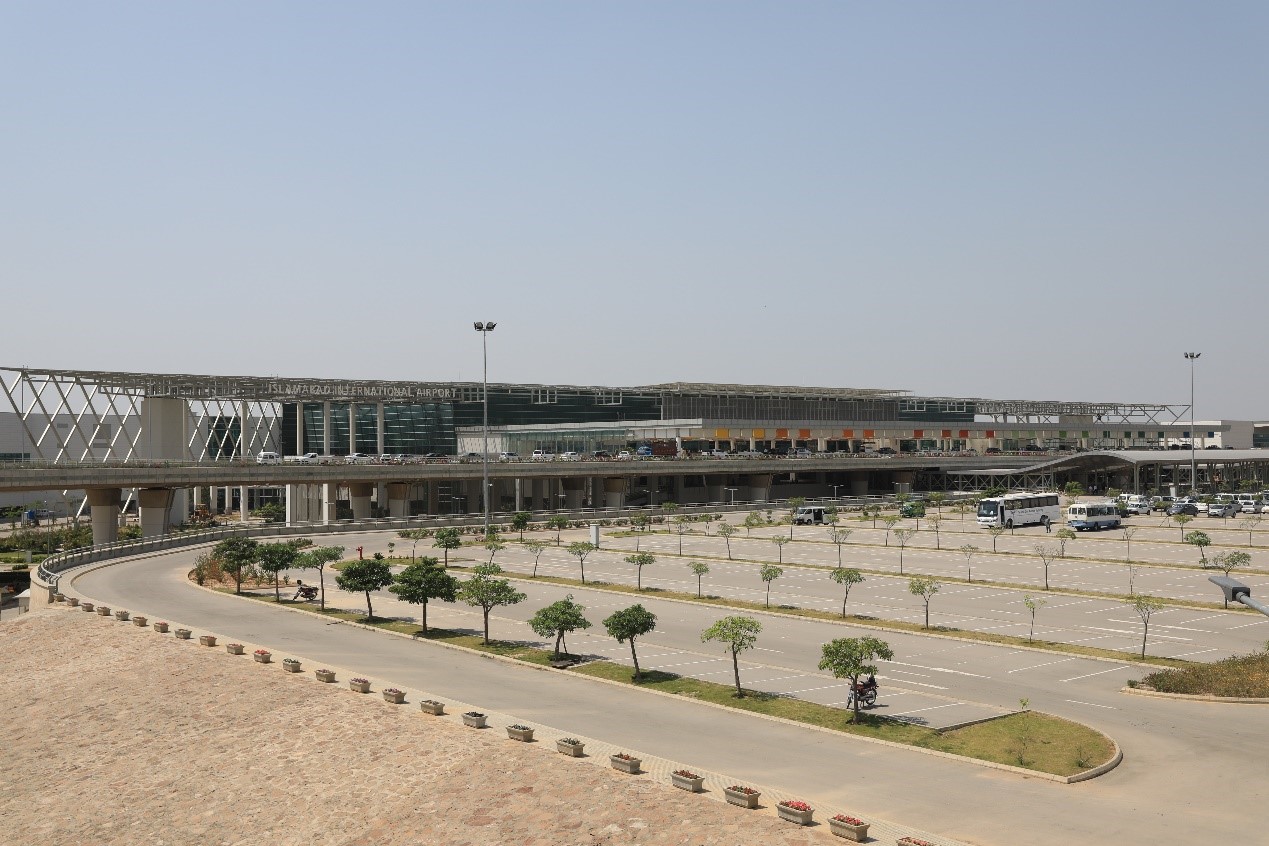