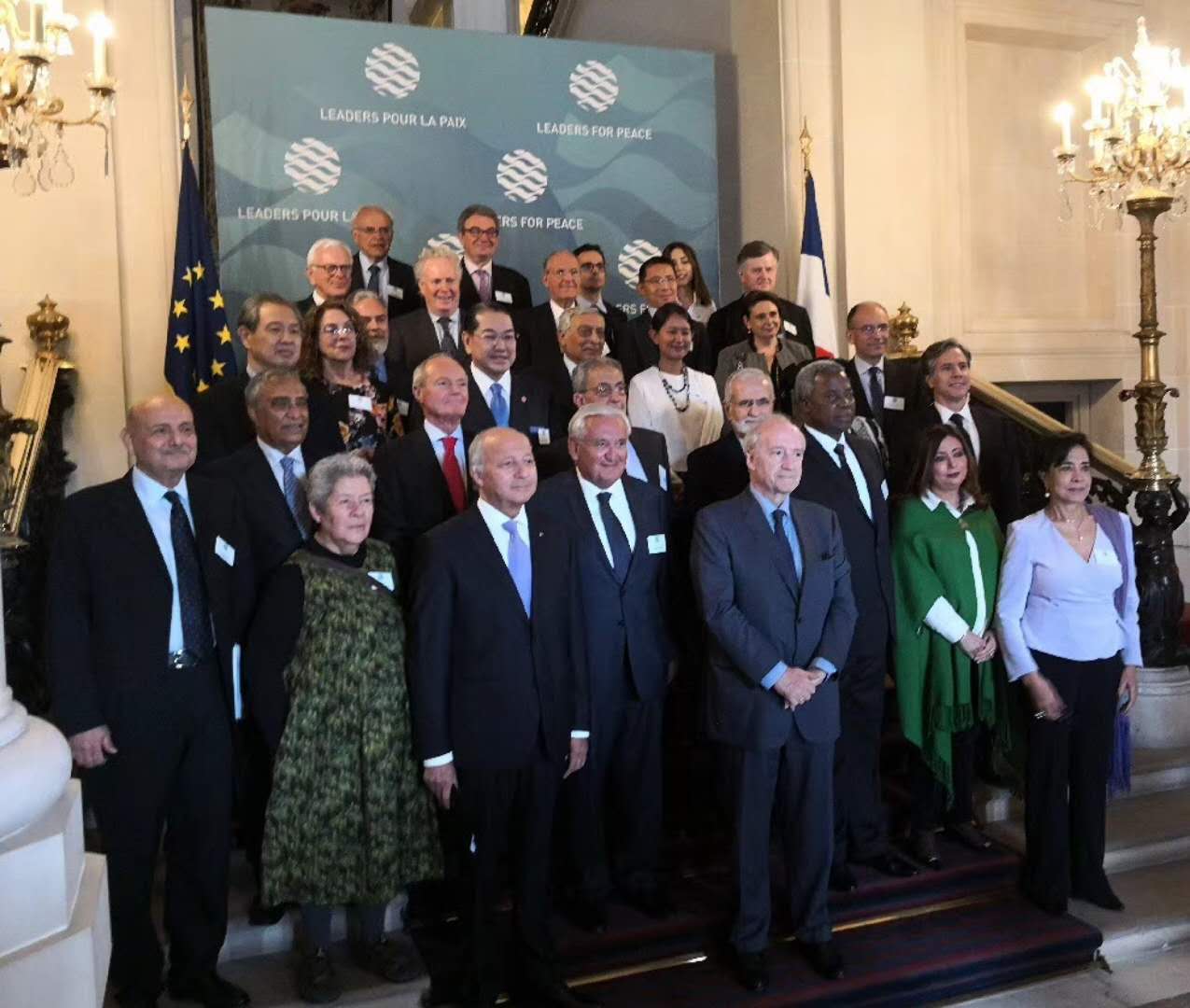 Paris (People’s Daily) – The “Leaders for Peace” forum, a non-governmental organization that promotes peace through discussion, hosted its inaugural meeting at the Ministry of Foreign Affairs in Paris on May 14 and 15. During the meeting, the forum’s founder applauded China’s contributions in promoting peace and stability.

The forum was founded by former French Prime Minister Jean-Pierre Raffarin and consists of 25 members from 25 countries. The forum’s members are former politicians, diplomats, experts, scholars, and non-governmental figures.

Raffarin told People’s Daily that the forum was created to enhance people’s understanding of the current world and to maintain peace and stability by discussing major international issues. 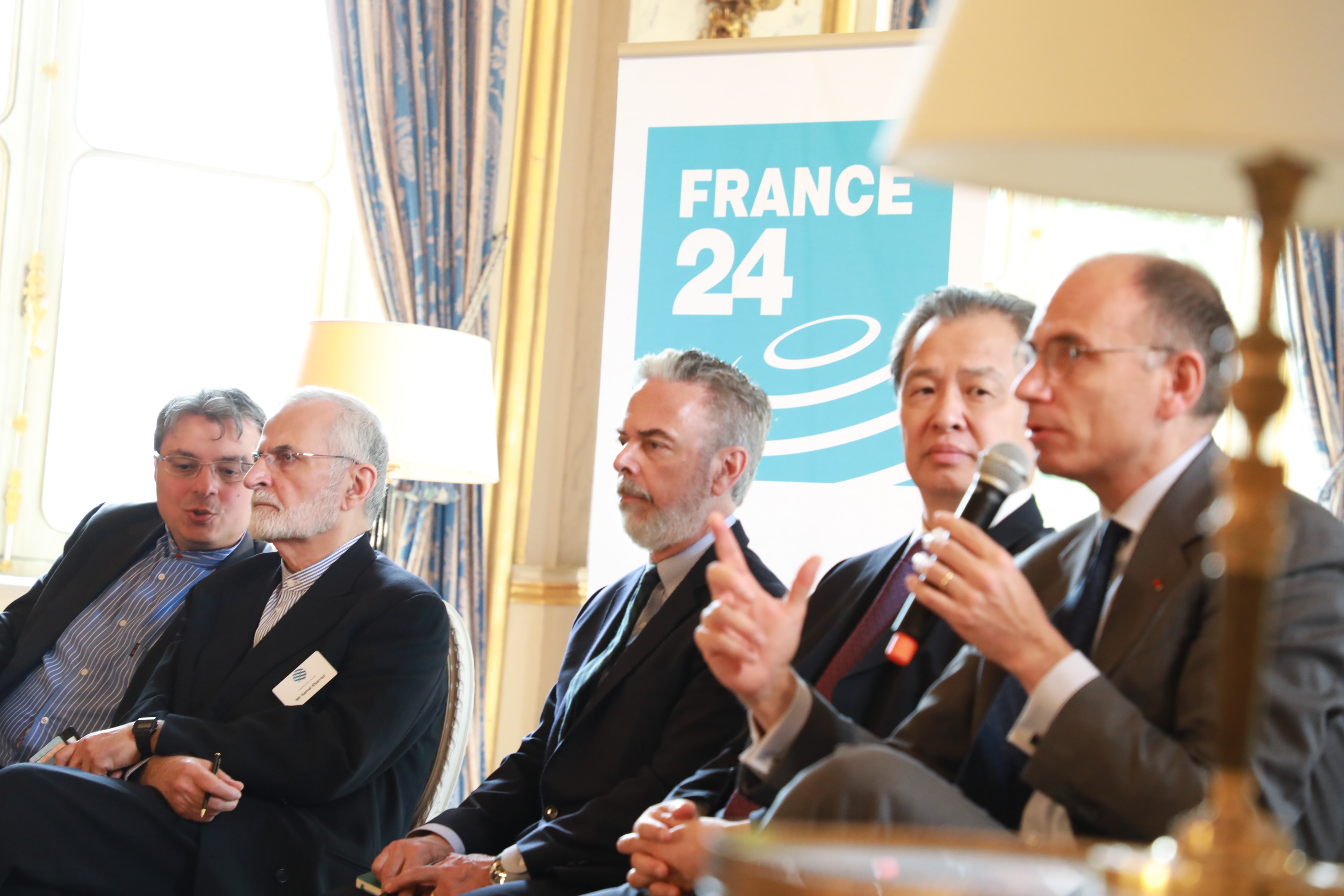 Deputy Director of the Foreign Affairs Committee of Chinese People’s Political Consultative Conference and former Chinese Ambassador to France Kong Quan (second from the right) sits during the first meeting of the Leaders for Peace dorum. (Photo: Li Yongqun)

Raffarin mentioned China’s One Belt and One Road Initiative as a cornerstone of tightening economic cooperation, trade relationships, and cultural exchanges between relevant countries. He said all these aspects are facilitating world peace.

“China has made significant contributions to world’s peace and stability,” Raffarin said.

Kong said that Raffarin’s ideas for world peace have been valued by the French government and welcomed by the Chinese government.

“The fact that the 25 members of the forum have different backgrounds and their own characteristics brings about the diversity and depth of thinking.” Kong said. “The ‘Leaders for Peace’ forum is a very meaningful platform for in-depth reflection on current international situations.”

The forum primarily focused on topics such as the border crisis between Tunisia and Libya, international crimes on the US-Mexican border, climate disputes, and Asian issues. 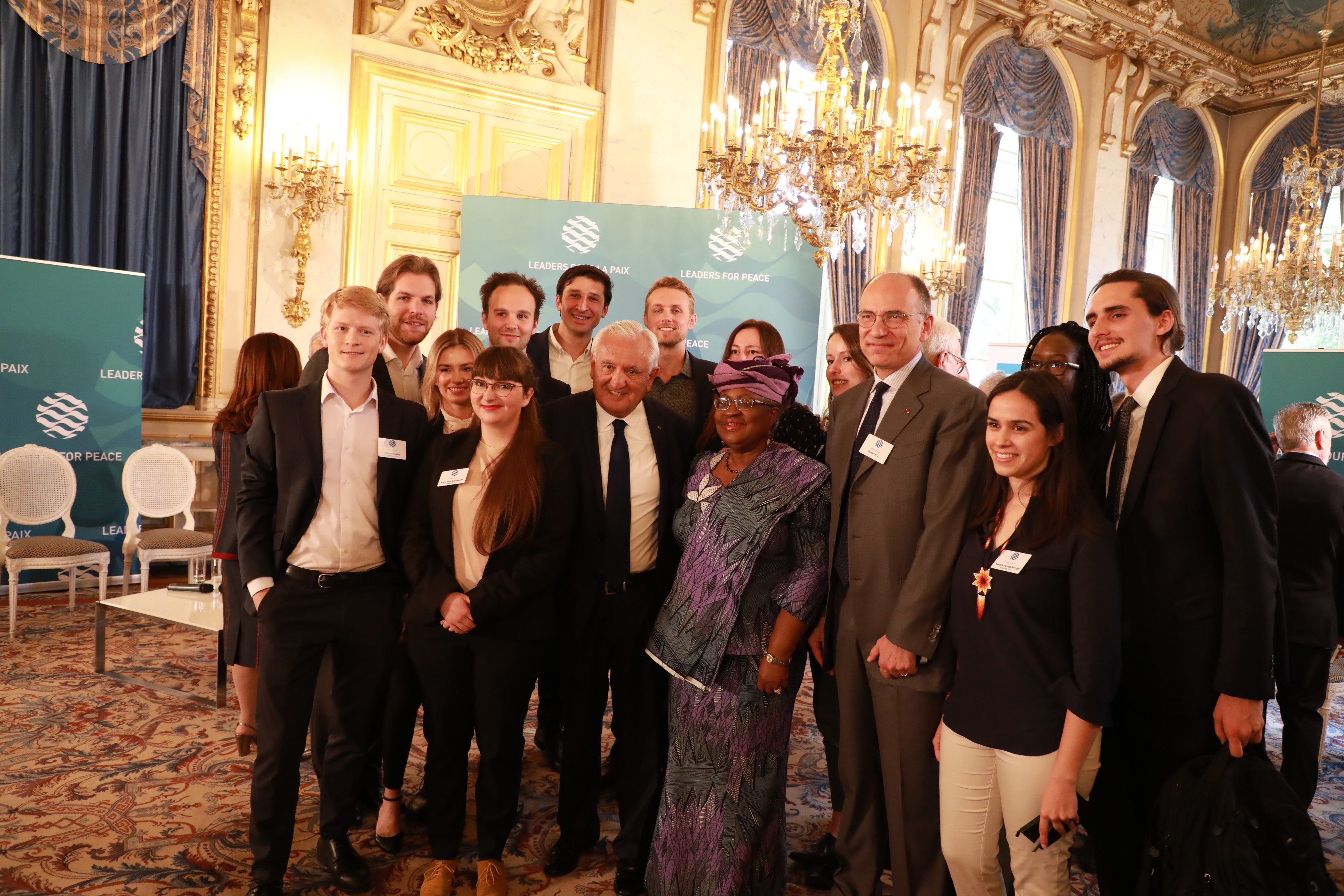 Former French Prime Minister Jean-Pierre Raffarin and several members of the Leaders for Peace forum pose for a photo with students from The Paris Institute of Political Studies. (Photo: Li Yongqun)