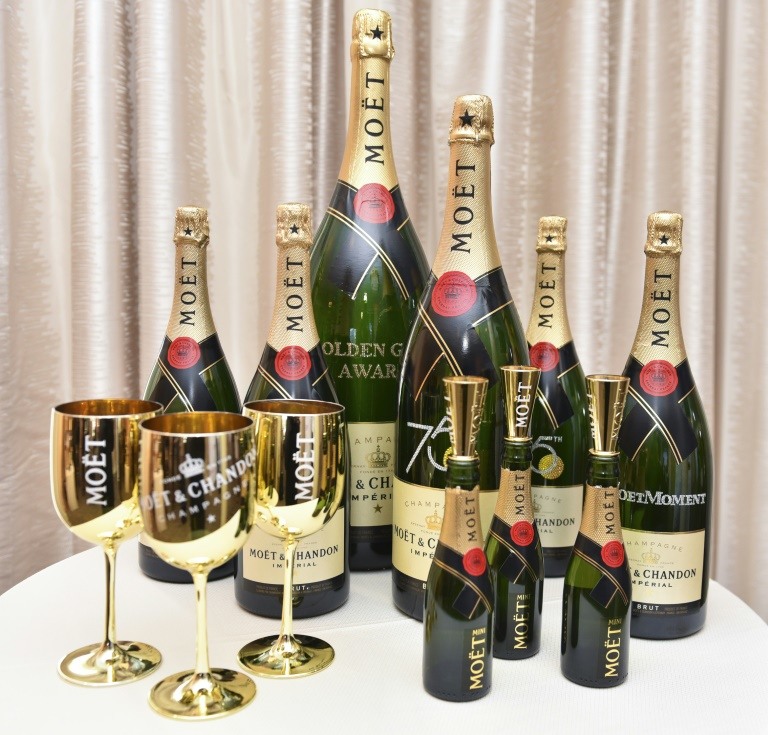 The champagne will be flowing Sunday night at the Beverly Hilton for the 75th annual Golden Globe Awards. Photo: AFP

The Golden Globes is the most lively, attention-grabbing and just plain fun gala ceremony in Hollywood's awards merry-go-round -- primarily because it's the only one where alcohol is served.

Tinseltown's elite are allowed to kick back in relaxed seating with a glass of champagne -- or seven -- and reflect on a year's achievements, and tongues can loosen as the rich and famous get tired and emotional.

Ahead of Sunday's bash, here are five memorable moments from past ceremonies -- when adrenaline, various other hormones or the open bar have brought out the best and worst in the stars. 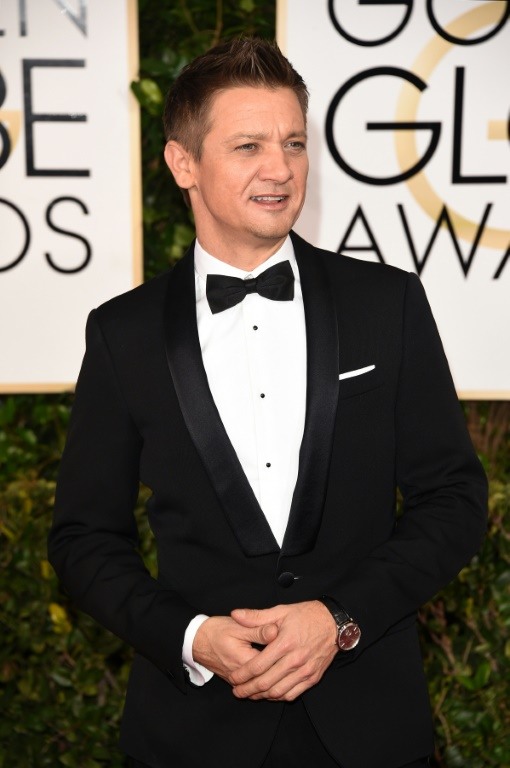 Actor Jeremy Renner sparked a Twitterstorm with his off-color joke about Jennifer Lopez at the 2015 Golden Globes. Photo: AFP

"Hurt Locker" actor Jeremy Renner found himself at the center of a Twitterstorm after an off-color joke as he gave out the award for best actor in a mini-series or TV movie alongside Jennifer Lopez in 2015.

After the nominees were announced, the "Let's Get Loud" singer asked her co-presenter if she should open the envelope, telling him: "I have the nails."

"You've got the globes, too," he retorted, prompting a wave of complaints on social media that he had sexually harassed her on live TV.

Jack Nicholson poked fun at presenter Nicole Kidman at the 2003 Globes -- Valium may have been the culprit. Photo: AFP

When he accepted his 2003 best actor in a drama award for "About Schmidt," everyone's favorite Tinseltown charmer readily admitted during a meandering speech that he had popped a Valium before the show.

He poked fun at his co-stars and presenter Nicole Kidman -- "Doesn't Nicole look lovely with her old nose?" -- before expressing shock at winning since he thought the film was, in fact, a comedy. 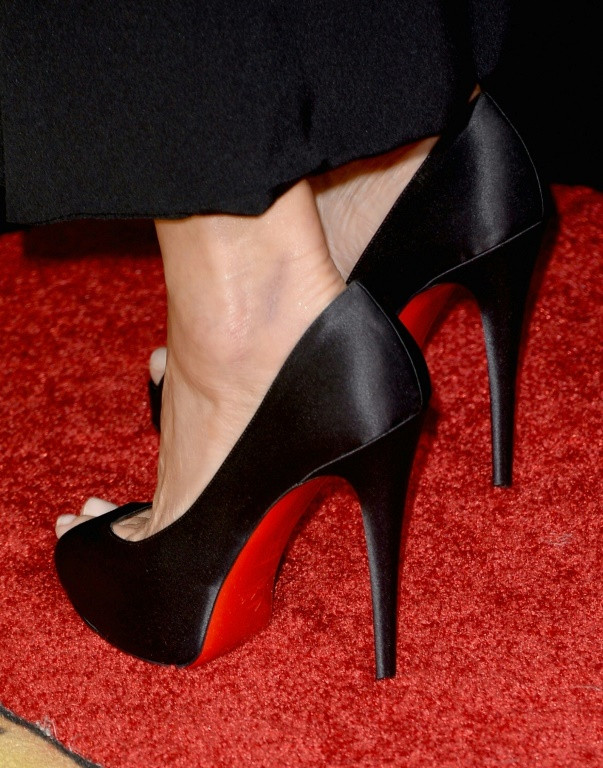 Actress Emma Thompson made waves in 2014 when she took the stage with her Christian Louboutin heels -- and a drink -- in her hands. Photo: AFP

Who needs footwear to present an award? Certainly not Emma Thompson, who sauntered up to the podium, Christian Louboutins and a stiff martini in hand, to present the Globe for best screenplay in 2014.

After paying lip service to the craft of script-writing, the two-time Oscar winner launched into a one-woman campaign against the cruelty of high heels.

"I just want you to know, this red, it's my blood," she said, gesturing to her crimson-soled heels before lobbing the offending footwear over her shoulder.

Nothing to do with bad behavior, but actress and director Jodie Foster's moving soliloquy in 2013 remains one of the highlights. 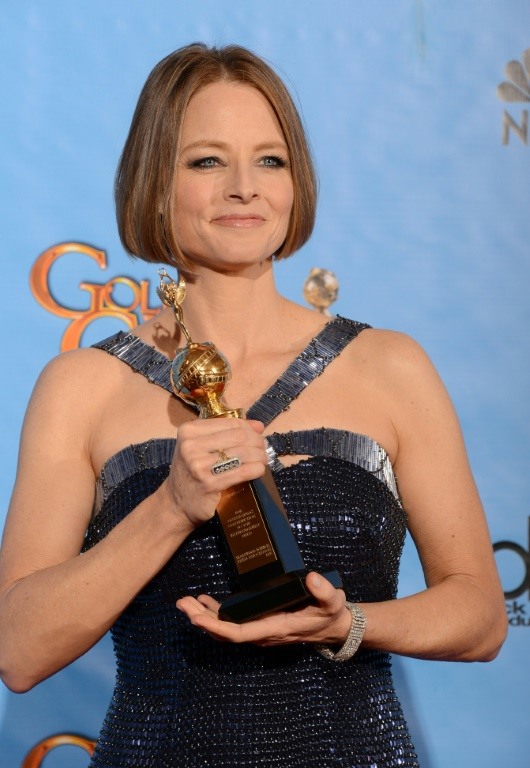 Actress Jodie Foster had a lot to say -- sort of -- when she accepted a lifetime achievement award at the Golden Globes in 2013. Photo: AFP

At the time, the notoriously private Foster was still in what Out magazine witheringly called a "glass closet" -- hiding deliberately in plain sight -- as she prepared to accept a lifetime achievement award.

It sounded like she was finally going to put the issue of her sexuality to rest when she spluttered: "I guess I have a sudden urge to say something that I've never really been able to air in public... But I'm just going to put it out there, right? Loud and proud, right? So I'm going to need your support on this."

In the end, she stops short, merely declaring, "I am single. Yes I am. I am single," to laughter and applause, before offering a sweet tribute to former long-time partner Cydney Bernard.

- The biggest shock of all - 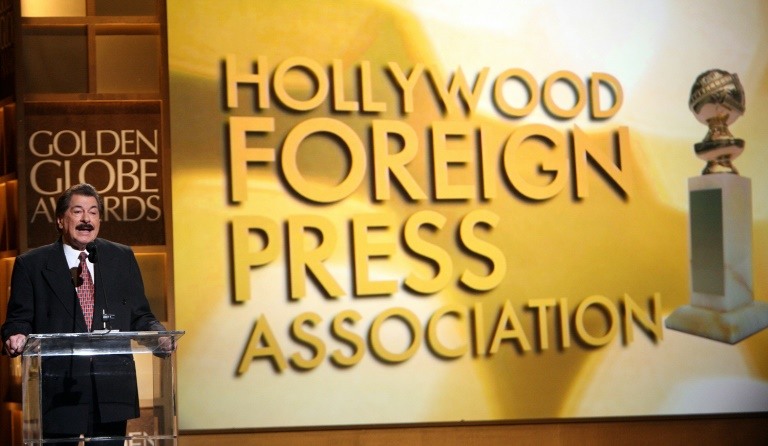 It's one thing to behave badly at a party but it's a worse offense to spoil everyone's fun by canceling the event in its entirety.

The Hollywood Foreign Press Association shelved the Golden Globes during the Writers Guild of America strike in 2008 after the Screen Actors Guild said its members wouldn't cross picket lines outside the ceremony.

With the threat of an empty red carpet, the awards were replaced with a dull televised press conference announcing the winners.