The overhead compartment of a flight bound for Shanghai from Guangzhou caught fire on Sunday during boarding time.

The fire was found to have been ignited by a passenger’s portable power supply.

A fire ignited by a passenger's portable power supply inside the cabin of an airplane on Jan. 25 (Photos: Sina Weibo)

China Southern Airlines resumed the flight soon after replacing the airplane and the crew members and police detained the passenger who owns the item.

However, a video taken in the cabin showing a flight attendant putting out the fire with bottled water sparked hot discussions on Sina Weibo, China's Twitter-like social media. 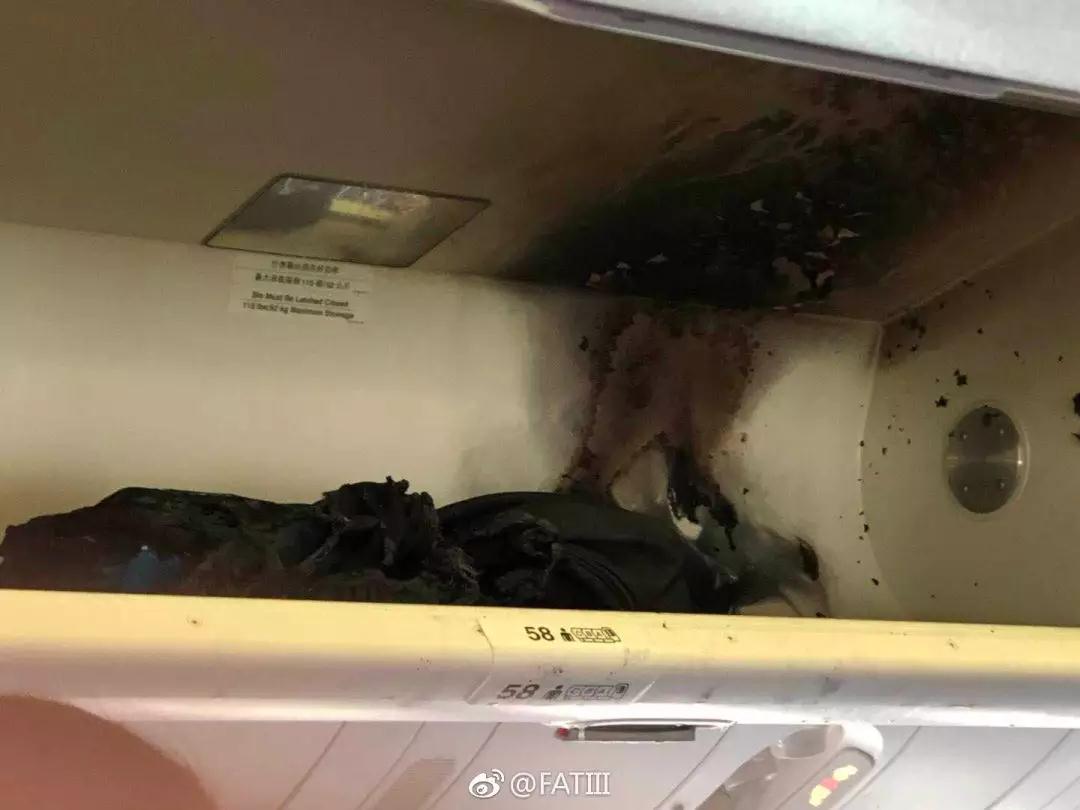 An air attendent put out of the fire by using bottled water and beverage.

In the video, the attendant shouted, "Passengers stand back!" while rushing near the fire and trying to put out the fire with bottled water and beverage. Some people criticized her for using bottled water instead of the fire extinguisher in the airplane, with others saying that such conduct is unprofessional and dangerous, since water and beverage bottles are made of plastic which are highly flammable.

Another expert posted on his Sina Weibo account that fire from lithium batteries usually results from thermal runaway, and water is the fastest, most convenient and effective way to extinguish it because a lithium battery has a low voltage and not an electric shock hazard. Some netizens said that dry powder and sand extinguishers help keep the battery intact for the manufacturer to investigate, but extinguishing fires in airplanes requires speed and efficiency.

China Southern Airlines acknowledged the flight attendant’s correct and prompt handling, which is consistent with the training she received. 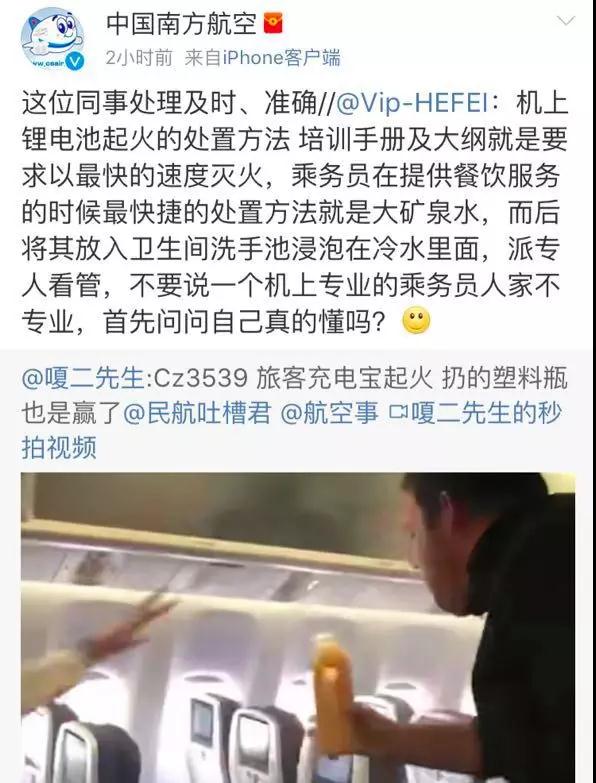 Regulations of Civil Aviation Administration of China state that lithium batteries and portable power supplies should be carried in handbags. Each passenger is allowed to bring no more than two batteries with a capacity lower than 100Wh, and a permission from the security check is required if the battery capacity is between 100Wh and 160Wh.