Flooding at JFK airport adds to misery after flight delays 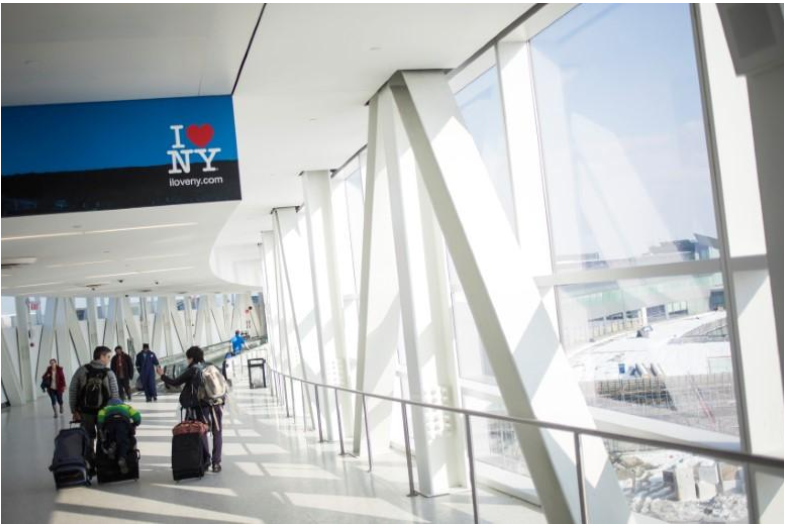 Travelers are seen at John F. Kennedy International airport in the Queens borough of New York, US on February 14, 2014. Photo: Reuters/Eric Thayer

Flooding due to a water main break forced the suspension of international flight arrivals at New York’s John F. Kennedy International Airport on Sunday, adding to the misery of travelers after a winter storm canceled or delayed hundreds of flights in recent days.

Water poured from the ceiling onto a check-in counter and covered large areas of the floor of Terminal 4, video on CNN showed. The disruption occurred while the US Northeast continued to endure bone-chilling weather with the New York temperature at 17 degrees Fahrenheit (minus -8 Celsius).

International flights to Terminal 4 were suspended and passengers who had already arrived there were diverted to other terminals, according to the Port Authority of New York and New Jersey, which operates the airport.

The airport on Twitter advised travelers to check with their airlines before arriving.

“There are about 3 inches (7.5 cm) of water inside the west end of Terminal 4, we have maintenance crews on the scene mopping and cleaning up,” Scott Ladd, a spokesman for the Port Authority, said in an email.

Port Authority police and the Fire Department of New York were on the scene and assisting Port Authority operations managers and maintenance personnel, and the cause of the rupture was still being investigated, Ladd said.

The flooding hit just as the airport was crawling back to normal after a winter storm labeled a “bomb cyclone” forced the airport to close on Thursday.

When operations resumed on Friday, the backlog led to hundreds more delays or cancellations, crowding the terminals with stranded passengers.

More than 500 flights into or out of JFK were canceled and nearly 1,400 delayed from Friday morning to Sunday afternoon, according to the flight-tracking website FlightAware.

The extreme cold and recovery from Thursday’s snow storm created a “cascading series of issues for the airlines and terminal operators,” the Port Authority said.

Equipment froze and baggage handling was delayed, which was compounded by staff shortages and heavier than normal passenger loads, the Port Authority said. The backlog left passengers stuck on planes for long stretches while waiting for other aircraft to get in and out of gates.