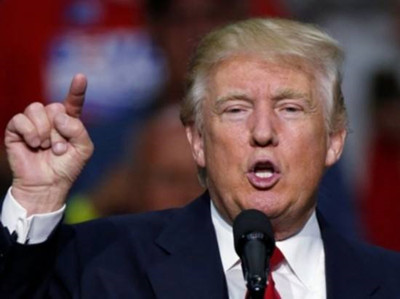 US President Donald Trump said late Tuesday he would present "the Most Dishonest and Corrupt Media Awards" of the Year 2017 on January 8.

"I will be announcing THE MOST DISHONEST & CORRUPT MEDIA AWARDS OF THE YEAR on Monday at 5:00 o'clock (2200 GMT)," Trump tweeted.

Trump has reportedly often labelled media coverage critical of his administration as "fake news." He has accused leading US media of spreading "fake news" against him during the US presidential election campaign as well as after he became president.

During his presidential campaign in November, Trump once suggested there should be a contest among news networks, excluding Fox News, for the "Fake News Trophy."

However, a survey conducted by US poll agency Rasmussen found that 40 percent of all US voters surveyed would award Fox News the "trophy," while only 25 percent picked CNN, among others.

Breaking it down by political parties, 53 percent of Democrats and 42 percent of independent voters picked Fox News as the network that deserved the "trophy," while 40 percent of Republicans picked CNN and 24 percent said Fox News deserved the bogus award.

The survey found that 51 percent of US voters believed that media coverage of political issues and events was worse than before, while 19 percent said it was better.

President Trump has frequently slammed the media before and after he took office on Jan. 20, 2017. It is unclear how Trump intends to present the awards he has announced.