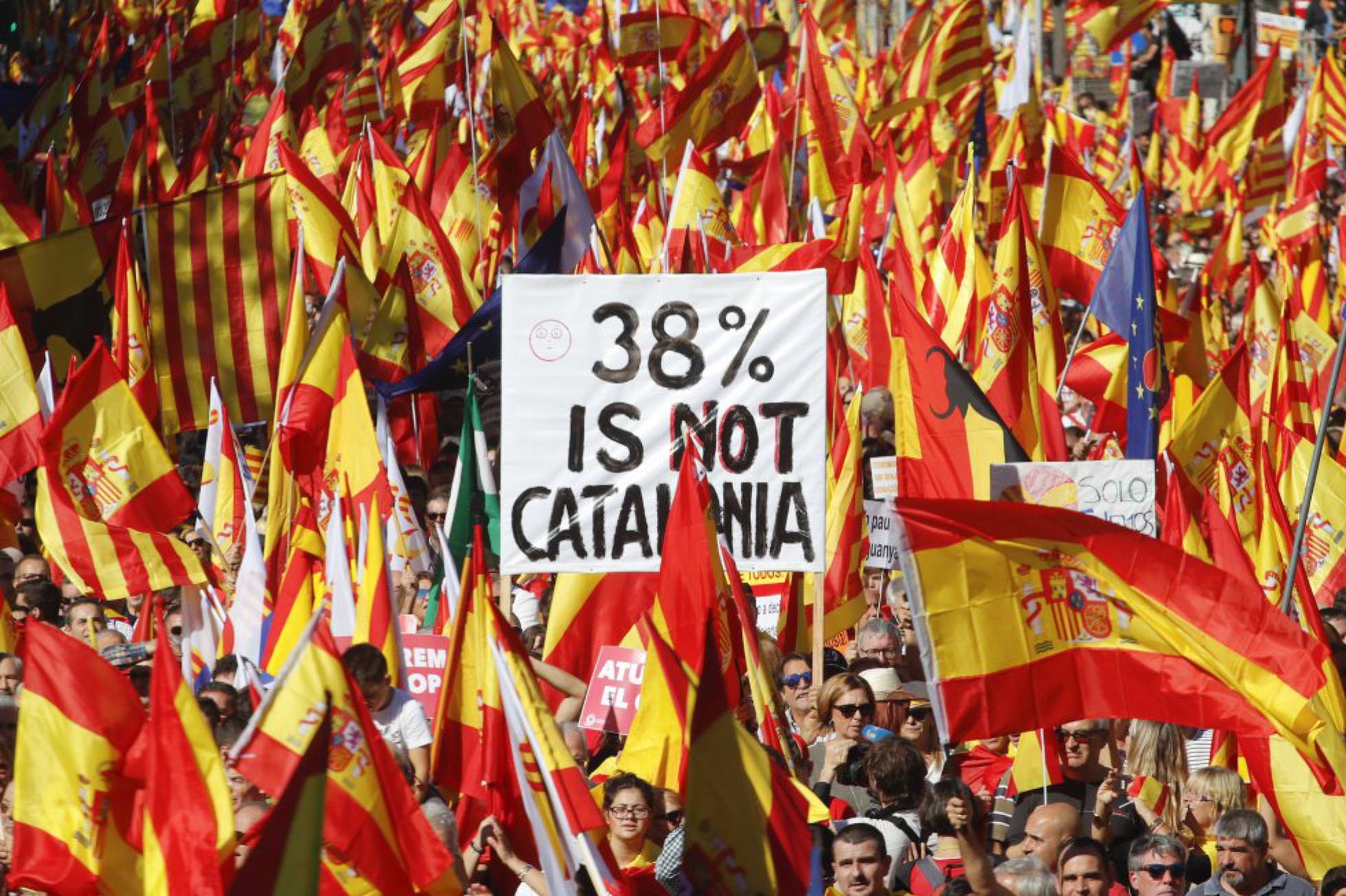 The demonstration in defense of the unity of Spain held in Barcelona on Sunday. Photo: CARLES RIBAS

According to EFE news agency, former Catalan premier Carles Puigdemont and at least five of his advisers fled to Brussels on Monday, where they may be attempting to request political asylum.

On the same day, Spanish State Prosecutor José Manuel Maza announced legal proceedings against the politicians responsible for the Declaration of Independence in Catalonia. They will be investigated for rebellion, sedition, misappropriation of funds and other related crimes by the Spain’s Supreme Court and High Court.

Puigdemont and the five former ministers fled to Brussels one day after the Secretary of State for Asylum, Migration and Administrative Simplification, Theo Francken, caused uproar by opening the door for asylum to the former president, an offer that was soon denied by Belgian Prime Minister, Charles Michel.

Meanwhile, Puigdemont’s party PDeCAT will now put in place an apparatus to choose candidates for the upcoming regional elections on December 21. The general coordinator of PDeCAT, Marta Pascal, confirmed Monday they will stand in new elections without fear, implying acceptance that the regional government has been dissolved.