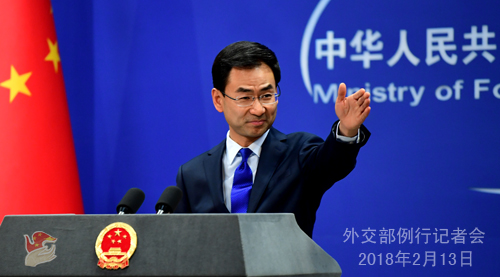 China's foreign ministry slammed former Maldives president Mohamed Nasheed for accusing China of taking control of as many as 17 islands in the Maldives.

Nasheed told The Times of India in an interview that if he returns to power, he would seek an international convention against land grabs and force China to sign it.

Foreign Ministry spokesman Geng Shuang said at a regular press conference on Tuesday that Nasheed’s latest words is no different from his past comments, which are "ridiculous."

Geng added that the former president should be aware that it is the peoples of China and Maldives who will decide whether the two countries’ cooperation is in line with the interests of the two and brings benefits to them, not his one-sided opinion.

"China offers its assistance to the Maldives with no political strings attached. There is no way that such assistance will impair Maldives' sovereignty and independence, not to mention undermining the security of the Indian Ocean region,” said Geng at a press conference on Feb.9.